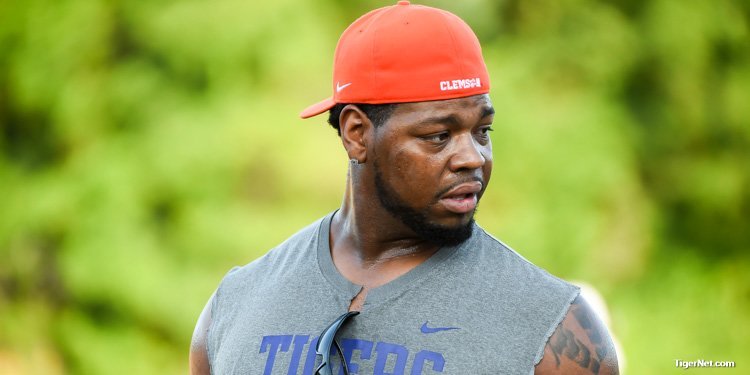 CLEMSON – Stop me if you’ve heard this before – talent was everywhere at Dabo Swinney’s high school camp.

Several hundred campers worked out early Wednesday in the third session of the Swinney camp and there was a big-time prospect in almost every position group.

However, we will start with an interesting note I would like to pass along – former Clemson defensive end Da’Quan Bowers has been coaching the defensive line in a few of the sessions. Bowers announced his retirement from football on May 20th, and I inquired about his future plans. Bowers told me he will enroll at Clemson this summer so he can finish his education and earn his Clemson degree. And yes, he will be helping coach the defensive ends. Some of the younger high-profile defensive ends like Justin Mascoll and Xavier Thomas and KJ Henry can only benefit from having someone around who shares many of their same experiences.

*Another surprise visitor appeared this morning – 4-star 2019 defensive end Bryon Young (6-5, 261) of Laurel (MS) West Jones made the trip to campus with many of his family. I learned it might be a two-day affair. Young didn’t work out but was taken on the facilities tour by recruiting assistant Ty Clements. Young and the family made the rounds with all of the defensive coaches, spent time talking to defensive assistant Miguel Chavis, met several of the current defensive linemen and spent time with defensive line coach Todd Bates.

He has all of the big-time offers. He’s on a summer tour that has already seen stops at Ole Miss and Alabama. He plans to take one more summer visit and all of his officials during the season. His top five consists of Mississippi State, Ole Miss, Georgia, Clemson, and Alabama. 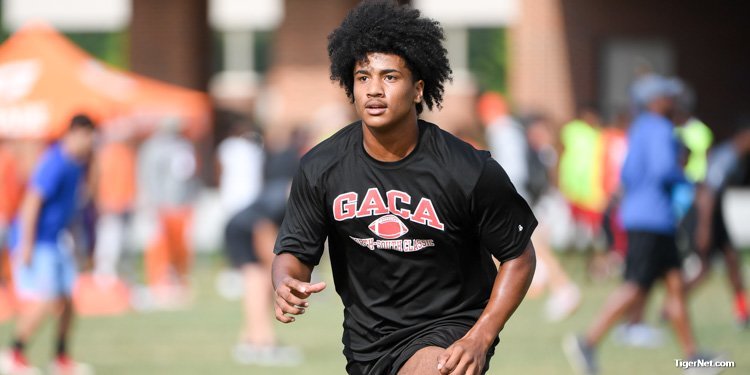 *Clemson tight end commit Jaelyn Lay was working out with future position coach Danny Pearman in the morning session. Lay is very coachable, and even though he’s still raw in some spots, his athleticism continues to stand out. He has the body type to get to 250 pounds (he’s about 227 now on his long frame) and can be a force in the passing game.

*2020 linebacker Sergio Allen of Fort Valley (GA) Peach County was the headliner of the linebacker group. He was offered by Clemson earlier this spring and is high on the Tigers. He doesn’t really remind me of any Clemson linebacker in recent memory – he is thick and powerfully built in both his upper and lower body. He’s listed at 6-1, 220 but looks like he could be a little heavier than that.

He is powerful and explosive and when he hits something, you hear it.

*The defensive backs group was loaded - Rocky Mount (NC) 2019 prospect Shyheim Battle and 2020 prospect Luke Hill were the headliners of the group. Battle will visit NC State’s camp tomorrow but isn’t expected to work out. The battle for Battle, if you will, looks to come down to NC State and Clemson.

Another 4-star prospect we saw was Jaydon Hill of Madison (AL) Bob Jones. He will also visit South Carolina this week.

*Receiver Ali Jennings continues to grow on me. Jennings is a 2019 3-star prospect out of Highland Springs (VA). He is also the younger brother of Clemson defensive back K’Von Wallace. He has a slew of offers, including West Virginia, UNC, and Illinois but is hopeful of landing some kind of Clemson offer. He just seems to do all of the little things that make for a good receiver. In a group that includes Frank Ladson, he isn’t going to be the standout, but after every drill is complete you come away impressed with how hard he works. 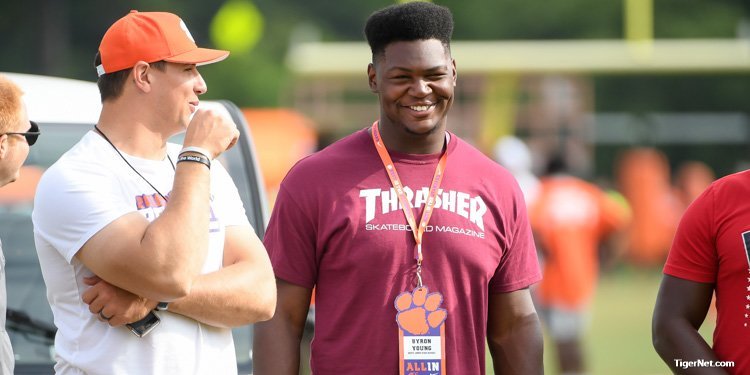 *Another visitor who didn’t work out was 2020 outside linebacker Tyler Berrong of Port Orange (FL) Atlantic. Both Florida and UNC have offered.

*Another tall receiver I really liked was 2019 prospect Rahmod Smith of Homestead (FL). Southern Miss is his biggest offer, but he has length (6-5) and can go get the football.

*2020 quarterback Luke Doty of Myrtle Beach headlined the quarterbacks. A true dual-threat quarterback, he looks better and better as a passer every time I see him. 2020 DJ Uiagalelei of Bellflower (CA) St. John Bosco is supposed to be on campus at some point today, so hopefully, we get to see the future 5-star in person. He’s rated as the No. 1 quarterback in the country for 2020.