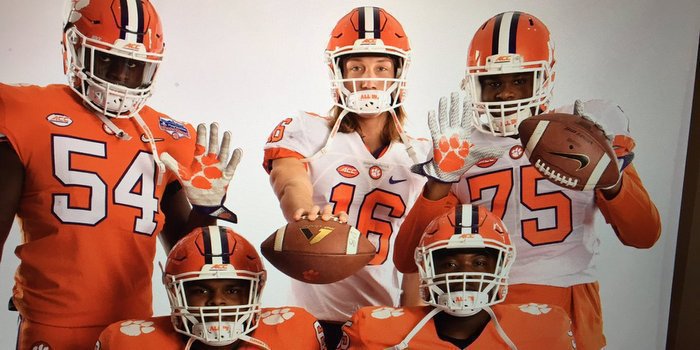 The Clemson coaching staff debuted the new football operations center Saturday afternoon as they held an elite junior day and played host to several of the nation’s top players in the 2018 recruiting class.

On hand for the event were all three commits for the 2018 recruiting cycle – linebackers Mike Jones, Jr. and Jake Venables and quarterback Trevor Lawrence.

The opportunity to play for the defending national champions and spend four years in the new digs playing football and putt-putt, bowling and napping was too much for Rock Hill (SC) South Pointe wide receiver Derion Kendrick, who pulled the trigger to become Clemson’s fourth commitment for the 2018 class.

When asked about their favorite part of new facility, recruits responded with everything from the slide to the basketball court to the movie theater, the outdoor games and, of course, the nap room. 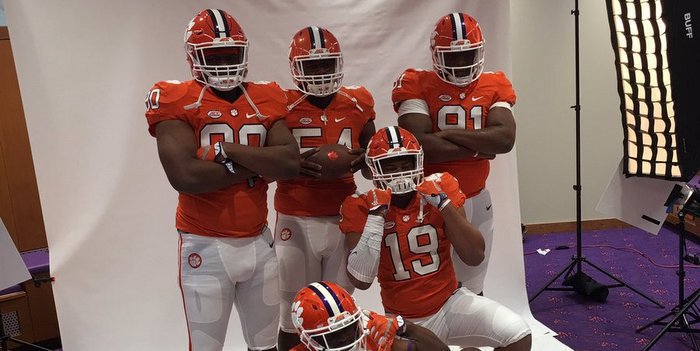 “The visit was amazing. I really saw some things I didn’t know about Clemson. I learned more about the academic side of the school, some of the buildings and Vickery Hall. Once I had that uniform on, they had to make me take it off.“

"The facilities are incredible! Great visit with the 2018 recruits today."

“It went very well. I finally got to see the whole campus and some of the other building outside of football. Then the new football facility was amazing, and it was great getting to sit down and talk with the coaches. It was an overall great visit.”

“It was a great visit. My family and I had a great time. The new facility was impressive and the whole day was just unique. It really felt like home.“

“It was great. The new facilities were mind blowing. They’re the best in the country. It was great to spend time with the coaches and the academic advisors and talk about the academic side more so than the athletic side like it’s been the past.”

I'd never thought you could take me this far?? pic.twitter.com/KB1TTUFe9y

It was a fun day at Clemson ! ?? (not committed!!) pic.twitter.com/cZiq8eRUPu