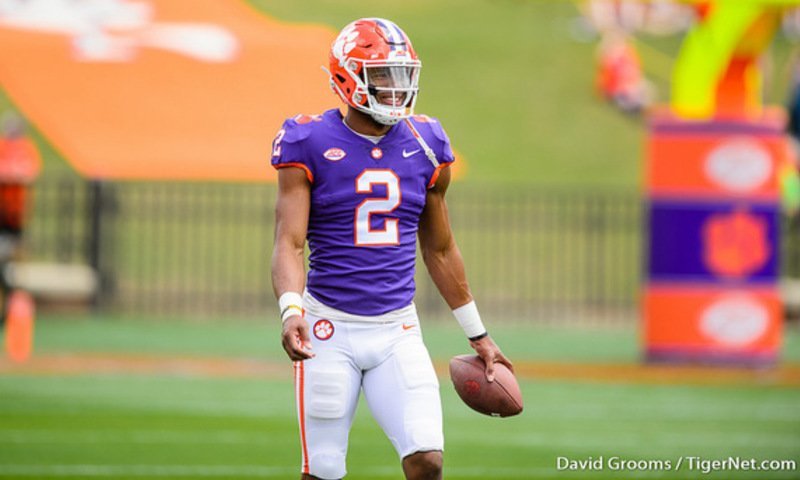 CLEMSON - While billed as just like any other position battle, there was just something different to Clemson’s Sunday staff decision to move freshman quarterback Trevor Lawrence into the starting role over senior Kelly Bryant.

Tuesday, Clemson coach Dabo Swinney recalled a tough conversation with the Upstate native, who he then gave the night off from practice to on Monday.

“It was a rough afternoon,” Swinney said of a Monday meeting with Bryant. “We don’t get them here till 4 o’clock. I met with him yesterday afternoon. Streeter had already met with him on Sunday and talked through it. I texted him and said, 'Hey let’s sit down Monday.' We met yesterday afternoon and it was emotional. It was tough, tough because he has played well. There is not a guy that ever been here as long as I have been at Clemson that is more committed to this program than Kelly Bryant.

“There is not a better leader. This guy is the epitome of what you want. He is what you want your son to be like. I love him like a son. So it is a very difficult conversation. He’s very disappointed, but I don’t have any doubt he will show up and go back to work and respond. It was tough.”

Bryant had made the last 18 starts over the last two seasons, with Clemson going 16-2 over those games. Swinney details 'emotional' conversation with Kelly Bryant

The five-star freshman has just performed better, coming off of a 4-touchdown-pass performance at Georgia Tech and ranking No. 8 nationally in passing efficiency and 10th-best in yards per pass (10).

“I hate being in that situation but that is my job,” Swinney said. “My job is to critique, judge, evaluate, hold people accountable, be fair, and do what is right. That doesn’t make it easier but what we are doing this weekend is what’s right.”

With new redshirt rules, Bryant would be eligible to shut down his season and try to transfer elsewhere, but while that came up in conversation, Swinney says Bryant isn’t pursuing that option.

“If I was worried about that or I was deceitful in some way or something like that, I could have huddled the coaches and said hey let’s make sure we start him for Syracuse that way he has got no options,” Swinney said. “That’s not how I operate. I don’t think like that. I don’t operate that way. I’m just trying to do what’s right. I’m not ever doing to apologize for that. We talked about lots of things.

“It was a deep, long, emotional conversation. It was something we needed to talk through and go from there.”

Swinney stressed Tuesday that the QB change applies only to this week competition-wise and he is not thinking down the road.

“There is no question (Lawrence) has elite, elite ability to push the ball down the field,” Swinney said. “That’s pretty obvious to see. But Kelly has also demonstrated that he can do everything that we need him to do in that regard. He has demonstrated that this year. Just because a guy has a stronger arm that don’t mean you can’t run the same offense. That’s not accurate.

“If Kelly had shown he couldn’t do it that would be different but Kelly has worked his tail off and he can do everything that we need him to do. We don’t have to change the offense for either one of these guys.”