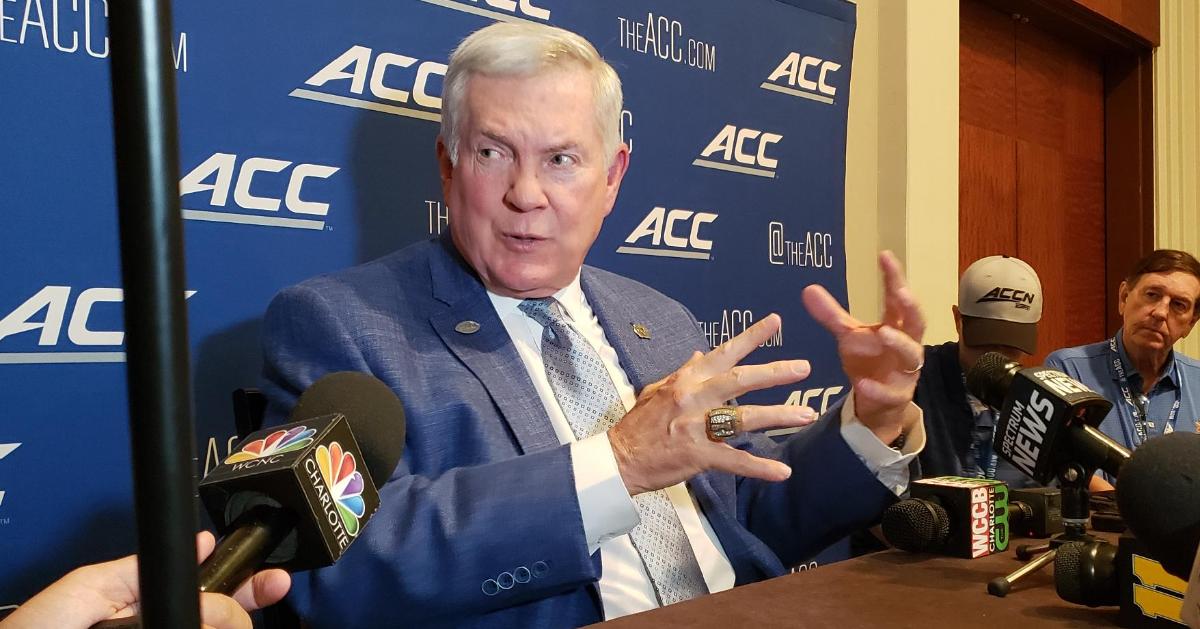 Why? Because nobody wants to play those suckers.

Brown replaced Larry Fedora at UNC in late November, but Thursday was Brown’s first chance to stand in front of the ACC media at the league’s annual kickoff event in Charlotte.

Brown coached the Tar Heels from 1988-1997, amassing a 69-46-1 record during his tenure. He followed that up with a 16-year stay at Texas where he fashioned a National Championship and a 158-48 mark. Brown then worked as an analyst at ESPN before accepting a return to Chapel Hill.

It was during his time at Texas that a new head coach named Swinney reached out to Brown for assistance. The year was 2009, and Clemson’s newly-minted head man reached out to coaches across the country but was rejected by most. One head coach allowed Swinney and his entire staff to travel to Austin – Mack Brown.

"I was hoping to get 30 minutes, 45 minutes with Mack, and I had kind of a list of things that I wanted to talk to him about. We spent about four hours, and I still have my Mack Brown file in my office,” Swinney said.

Swinney was a sponge during his time with Brown, taking in advice on everything from recruiting to personal time to how to handle his staff.

"It was almost like he was reading my mind," Swinney said. "I couldn't even hardly get the question out of my mouth, and he had answers for me been there, done that. He gave me Cliff's notes a little bit on some issues."

Brown told TigerNet Thursday that he feels a close connection to Swinney.

“Two of the most important people in Dabo’s life - Coach Stallings the and Woodrow McCorvey - are two of my best friends and two people that I admire more than anybody else,” Brown said. “The first thing you have to do is surround yourself with really good people. That’s two of the best. Coach Stallings is tough and leads him. He talks to him about what to do and what not to do. Woodrow just runs everything. He’s just kind of behind the scenes. He’s got this personality and Dabo and I are like this.”

Brown went on to say that Swinney deserves every cent he receives from the Tigers.

“He’s done a tremendous job. The other thing that really caught my attention when Dabo first took the job, he took a lot less salary so his assistant coaches could make a lot more,” Brown said. “Nobody does that. When they paid him a few weeks ago, I actually texted him and said, ‘You know what? You got paid in full because you took care of your assistant coaches in your first year and now it’s come full fruition.’”

Clemson travels to North Carolina on September 28th, the Tigers’ first venture to Chapel Hill since 2010. Brown, however, is not excited about the matchup.

Am I excited about hosting them? Absolutely not. Nobody would want to play those suckers,” Brown said. “When Bubba called and Dabo heard the rumor that I might come back, he texted and asked, ‘Are you really going to go back to North Carolina?’ I told him only if can appeal to the NCAA not to play you. It didn’t work.”