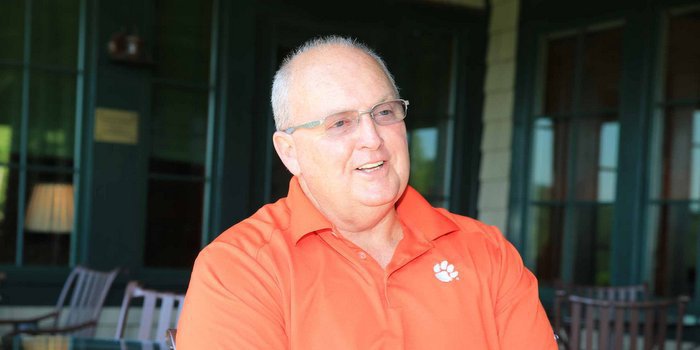 The line is anchored by senior center Jay Guillermo and returns starters in left tackle Mitch Hyatt and right guard Tyrone Crowder. Taylor Hearn is expected to start at the left guard spot, while Jake Fruhmorgen (up to 302 pounds) will likely start at right tackle when the Tigers travel to Auburn for the season opener.

But this group also has depth, and if the Tigers are going to have the type of season they want to have that depth will be tested. It’s that depth – and the talent there – that has Caldwell excited as he heads into his 39th year of coaching college football.

Previous offensive coordinator Chad Morris liked for his offensive linemen to play as many snaps as possible – even the entire game – but new co-coordinators Jeff Scott and Tony Elliott elected to play as many linemen as possible last season. That decision has created competition and depth on the line, and Caldwell said players get excited knowing they have a chance to play if they practice the right way.

“My story has always been that if you earn it in practice, then you are going to get into the game. That's the thing I love about Coach Swinney - he loves for people to play,” Caldwell told TigerNet last week. “That's the benefit of last year was getting to play some guys. They get 200 or 300 snaps - and if they look at the 1207 snaps, we played they might not think that's a lot - but that is some quality experience. I have more guys that I feel like I can trust and get into the game and do what they are supposed to do because they bought into learning the system and they know what's going on. And they are fun to be around - I can't wait.” 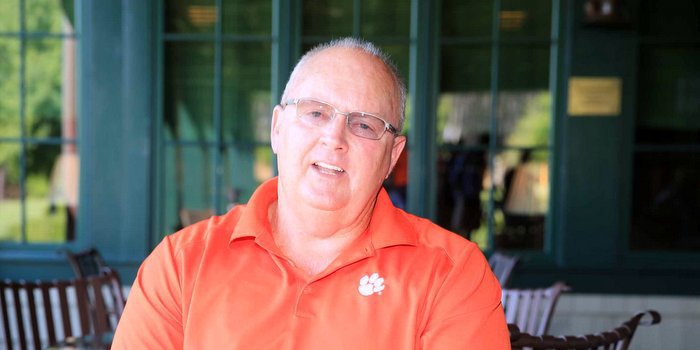 Guillermo and Hyatt are the cornerstones on the line, but Caldwell said it’s important that he develop depth behind the duo.

“I am trying to develop depth behind them. I have really been proud of Tremayne Anchrum,” Caldwell said. “He has only been here a semester. But he's behind Mitch, and Mitch has gotten bigger and better and has a great work ethic, and he doesn't like to fail. He's special, and I think Tremayne has fed off of that. And then you have a young man in Sean Pollard who has stepped in behind Jake Fruhmorgen because we were thin at tackle after moving Taylor Hearn inside. And he's done a good job.

“Taylor is the one - he is kind of the wild card of the bunch. Most people didn't believe me when I said that boy could play left tackle. But he's got an attitude about him, and he likes those challenges. But moving him inside to left guard gives us a little more bulk and a little more physical presence there. I am kind of excited where this bunch is headed.”

There are also several younger players that will get their chance to shine in fall camp.

“We have several guys that people might be fooled by when they see them get out there. Noah Green has really changed his body,” Caldwell said. “He had some freak injuries last year and missed a couple of big scrimmages, and he didn't get the experience there that I would like for him to have. He's really developed his body and was at 290 pounds the other day and ran a 4.9 (40-yard dash) or so and has gotten stronger. And I like the young bunch I have - Chandler Reeves, when he first signed was about 240 pounds, and he's at 285 now, and it's quality weight.

“And then we have John Simpson; I want to play him at guard, but he can play tackle, too. He can be special there, and he came in ready to go. We've got some people like that. And then Cade Stewart - who will be a center or guard here - he has been working at snapping the ball. And Justin Falcinelli - he can do a little bit of everything. He can play guard or center or even tackle. He will be the number two guard as well, and his value to us is magnified because of that.”