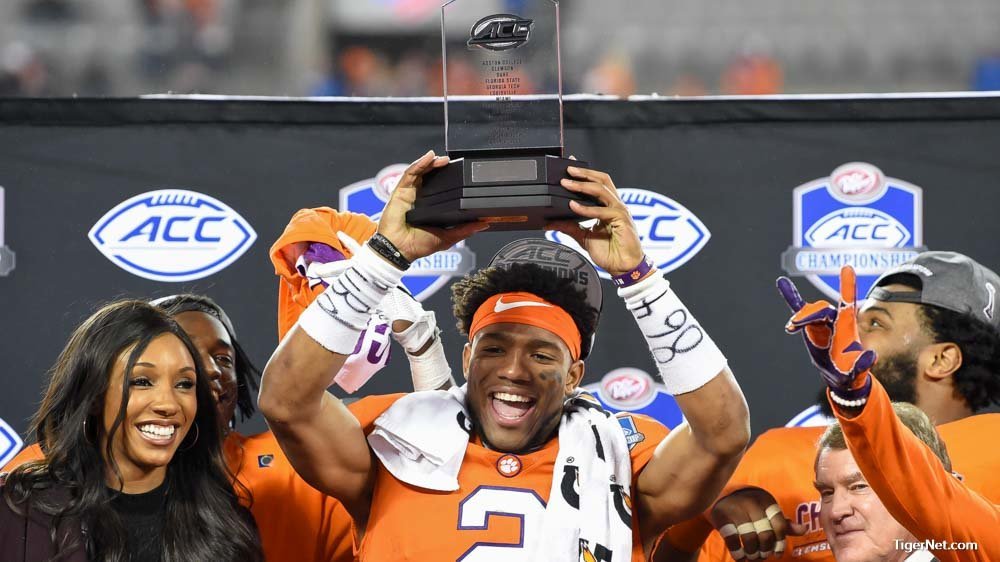 CLEMSON -Quarterback Kelly Bryant was insistent Wednesday evening, telling everyone that they shouldn’t count him out of the running for a starting spot just yet.

Bryant earned 14 starts during a stellar junior campaign in 2017. With a completion rate of 66.1% and a 131.0 pass efficiently rating, Bryant helped lead Clemson to its third consecutive ACC Championship. Bryant also ranked first in Clemson history with an interception avoidance of 2.16.

Despite his impressive resume, Bryant is in a competitive race for the starting position at quarterback for the 2018 season. His competition? Sophomore Hunter Johnson, redshirt freshman Chase Brice, and freshman Trevor Lawrence.

The competition seems to drive Bryant instead of discouraging him.

“Definitely, everyone wants to talk about everything else that’s coming in, but you know me, I just go back to work. Everyone wants to write me out, but I’m still here, and I’m not going anywhere,” Bryant said.

Although they are competing against each other, Bryant says that hasn’t affected the relationship he shares with Lawrence and Johnson.

“People want to look at it as a competition, and of course we’re competing, but to be honest we actually have been gowning off the field, that’s a great group of guys,” he said.

“Me being the senior, the old head, having to take them under my wing, just showing them the ropes, and also to compete within myself and the guys around me. We compete, but we also help each other you know, on the sidelines.”

Coach Venables was not happy with Clemson’s defense after practice on Wednesday, but Bryant said that was not the case for the offense.

“Definitely, I feel like we’re right on track, we can still be better, but seeing the quality and depth we have on all positions is pleasing to see for these few weeks of spring ball,” Bryant said after Wednesday’s practice.

Clemson’s spring game is coming up on April 14th and Bryant is ready to showcase his skills.

“Biggest thing for me, looking over the season, is taking my check downs, just taking the cannon when its right there, and try not to force anything, and try not to be too greedy,” Bryant said.

“You know you got those guys out there on the perimeter, and you have to know when to give them a chance, but you also have to know when to take a shot and when to dump it down to your back and let him do the rest. That’s a thing that I’ve been trying to manage in my game.”

This time last year Bryant had a better idea of the role he would be playing in Clemson football, and he says nothing has changed.

“I mean I don’t think anything’s changed for me, you know there’s still questions so I’m still going back to work, and keep my confidence in myself, and never getting complacent you know, just trying to find ways to be better,” he said.

Coach Elliott told TigerNet that Cornell (Powell) made some nice catches in the Wednesday scrimmage, and Bryant feels like this could be a huge step for his teammate.

“Definitely, it was really good to see #17, Cornell out there making plays all across the field,” he said. “He made a double move and got in the in zone, he made some really good competitive plays.”

Bryant said he has seen an improvement on Etienne’s pass protection, and his ability to take ownership on his part of improving his game.

“Definitely, you know last fall he was still learning, now you can see he’s more confident, he’s making the calls. Just hearing him, he’s right by my side, it’s been great to see the growth that he’s made over the course of time.”