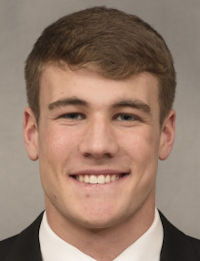 Quarterback
B I O
Enrolled in January 2017.