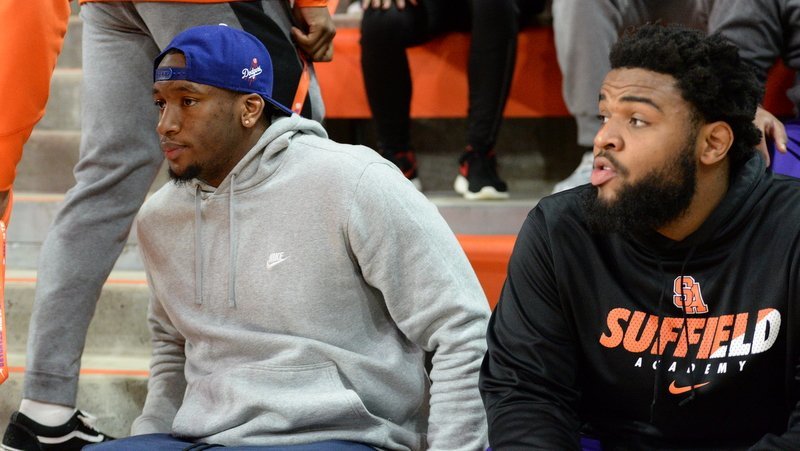 College football fans around the country have differing opinions on whether draft-eligible juniors and sophomore should leave school and enter the NFL Draft or stay in school and postpone the NFL another year. The deciding factor, of course, is money. Specifically, they wonder whether the risk of injury is worth the risk of waiting another year for a payday.

Clemson’s Christian Wilkins, Clelin Ferrell, Austin Bryant, Mitch Hyatt, Mark Fields, and Kendall Joseph all elected to return for a senior season, bringing up the question…..what happens if they get injured during the 2018 season and it affects their draft status?

In the past, the NCAA helped secure a loan for the premium, which would be paid by the player's family, but a couple of years ago, that changed when it was discovered that schools were allowed to take out the policies themselves. This deregulation allowed Clemson to take out an insurance policy on Deshaun Watson.

“We've been messing around with it the past couple of years, starting with Deshaun (Watson), and then we did some more of it this past season and obviously, that will grow a little bit this upcoming season,” said Graham Neff, who serves as the Clemson Athletic Department’s Associate Athletic Director for Business Operations and CFO. “It's an interesting topic and a growing opportunity in athletics and here at Clemson.”

In the past, players have typically taken out insurance policies when taking the gamble to stay in school, so why did Clemson pay for Watson, who left after his junior season? With the deregulation, schools can now purchase policies for student-athletes in sports before the year of competition in which they become draft-eligible. That means Clemson took out an insurance policy on Christian Wilkins prior to last season and will take out a policy on Clemson outfielder Seth Beer this year.

In other words, leaving or staying has nothing to do with the player receiving a policy.

“The fact that these guys are coming back doesn't have a lot to do with it - we bought a policy for Christian (Wilkins) last summer because was draft eligible and that policy is in place through probably August of this year,” Neff said. “And then, we will look into and presumably buy another one for him this year. And someone like Dexter Lawrence wasn't eligible this past year but will be another guy that we will look into purchasing on his behalf this year. It's not even 'if they decide to come back.' It's are they draft eligible, so it's rising juniors or returning seniors or rising seniors.

“These policies are available for all sports and we will look at it for baseball and some basketball guys and basketball guys in the past. It's not just for football players. It's based on your draft potential and look at where you are graded - first or second or third round and that is different for football, baseball, and basketball - and that allows us to buy policies anywhere from $1 million up to $5 million that we are able to buy on their behalf.”

How is the value of the policy determined in football? It depends on early draft grades and discussions with the football staff. The amounts are also kept confidential in an effort to avoid locker room strife.

“We, as a department, have a consultant on retainer that helps us with it. Woody McCorvey and the football staff lead the way and there is a heavy compliance piece because of insurance providers and things like that,” Neff said. “And then from a business standpoint, we are involved because of what we are able to provide for them.”

Neff says that the school is happy to pay for the policy without the expectation of reimbursement.