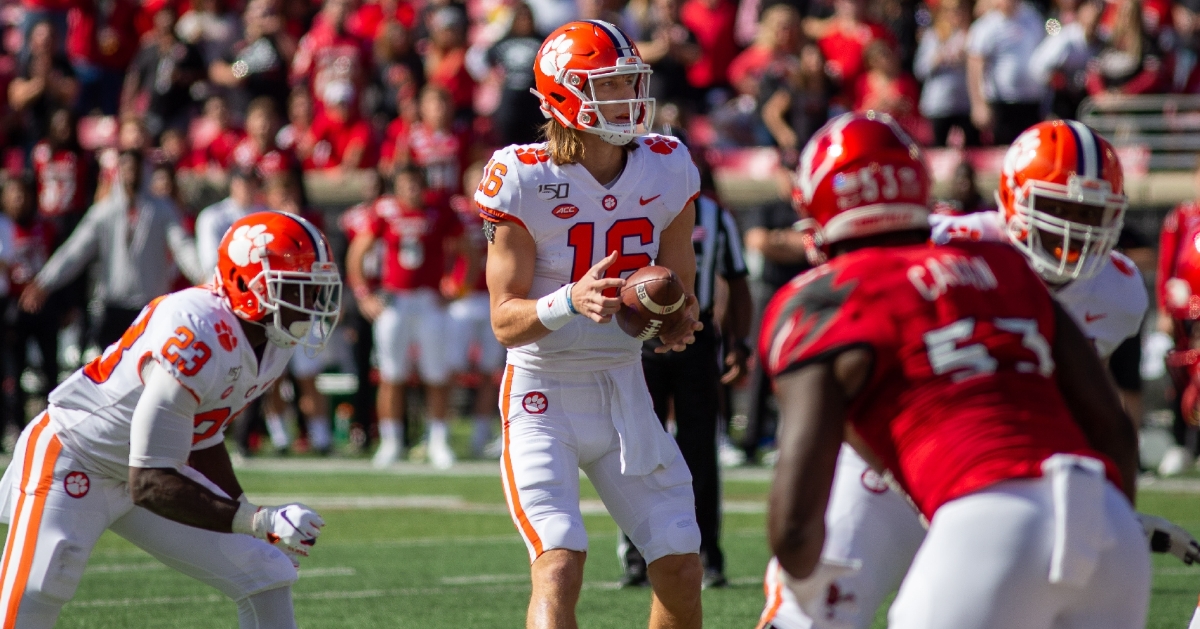 LOUISVILLE, KY – After an ugly offensive start to the game, Trevor Lawrence found his rhythm just before halftime to propel the Tigers over the Cards.

Travis Etienne combined with another stellar day from the Clemson defense gave the second-ranked Tigers a 45-10 win over Louisville.

OFFENSIVE PLAYER OF THE GAME: When Clemson wanted to run the ball, Travis Etienne had no problems finding the holes. The Tigers’ first play of the game was a 48-yard run up the middle by Etienne and he didn’t slow down until the pulled up gimpy early in the fourth quarter after another long run. Etienne had 14 carries for 194 yards, including a 49-yard scamper for a touchdown in the third quarter to give Clemson some breathing room at 24-3.

DEFENSIVE PLAYER OF THE GAME: Justin Foster had arguably his best game of the season. Defensive end Xavier Thomas was out with a concussion, but Foster stepped up in a big way. He finished the game with five total tackles, 3.5 tackles for loss, two sacks and a forced fumble. He also had a quarterback pressure early in the fourth quarter that led to an A.J. Terrell interception.

*Potter’s Redemption - Travis Etienne ripped off a 48-yard run on the Tigers’ first play from scrimmage but the drive bogged down and the Tigers settled for a 51-yard field goal from B.T. Potter or a 3-0 lead at the 9:27 mark of the first quarter.

*One-Minute Offense - Louisville got a 28-yard field goal from Blanton Creque midway through the quarter that made it 10-3, but both defenses continued to hold strong. Clemson forced a Louisville punt late in the half and the Tigers took over at their 23 with 1:05 left on the clock.

STAT OF THE GAME: Louisville freshman running back Javian Hawkins eclipsed the 100-yard rushing mark, breaking Clemson’s streak of 27 games without allowing a 100-yard rusher the longest streak in the FBS.