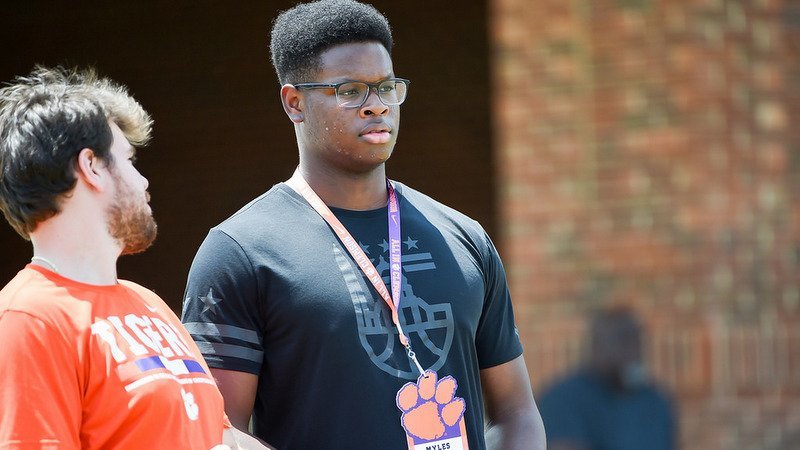 Fresh off of a dominating win over Alabama in the College Football Playoff National Championship Game, Clemson will hold its premier junior recruiting event and host what could be the most talent ever in Clemson.

Head coach Dabo Swinney and his staff have been on the recruiting trail for a little over a week, but they’ll return to Clemson in hopes of leaving a good impression on many of 2020’s top prospects.

Clemson is expected to host five 5-stars including the nation’s top recruit according to ESPN in Damascus (MD) defensive lineman Bryan Bresee, who has a top-six of Alabama, Clemson, Michigan, Georgia, Ohio State and Penn State.

Five-star Marietta (GA) Hillgrove defensive end Myles Murphy, who has been on Clemson’s campus several times over the last year is expected to attend along with five-star tight end Arik Gilbert also out of Marietta (GA).

A trio from Washington (DC) St. John’s College will make the trip. Included in that group are 5-star wide receiver Rakim Jarrett, 4-star cornerback Luke Hill and 4-star defensive tackle Tre Williams. It was thought at one time that Hill was close to committing to Clemson, so this weekend could go a long way in his recruitment.

Jacksonville (FL) Trinity Christian 5-star cornerback Fred Davis’ recruitment is just beginning to take shape, but one of the first visits he schedules was the trip to Clemson this weekend. He has 20 offers from across the nation and from all of the major players in college football.

One of the top prospects in South Carolina, 4-star defensive end Jordan Burch out of Columbia (SC) Hammond School will make a return trip to Clemson. He is thought to be a Clemson lean over South Carolina.

Carollton (GA) linebacker Kevin Swint has also been a frequent visitor to Clemson. He has a top-six of Clemson, LSU, Ohio State, Wisconsin, Florida, South Carolina and Boston College.

Both lines of scrimmage are expected to be a priority for Clemson in the 202 class and it shows with the prospects expected to be on hand. Bresee, Burch, Williams and Murphy will be joined by a pair of 4-star defensive tackles in Timothy Smith out of Sebastian (FL) River and Cole Brevard from Carmel (IN).

In addition to the impressive prospect list, many of Clemson’s 2020 commits will also be on hand.