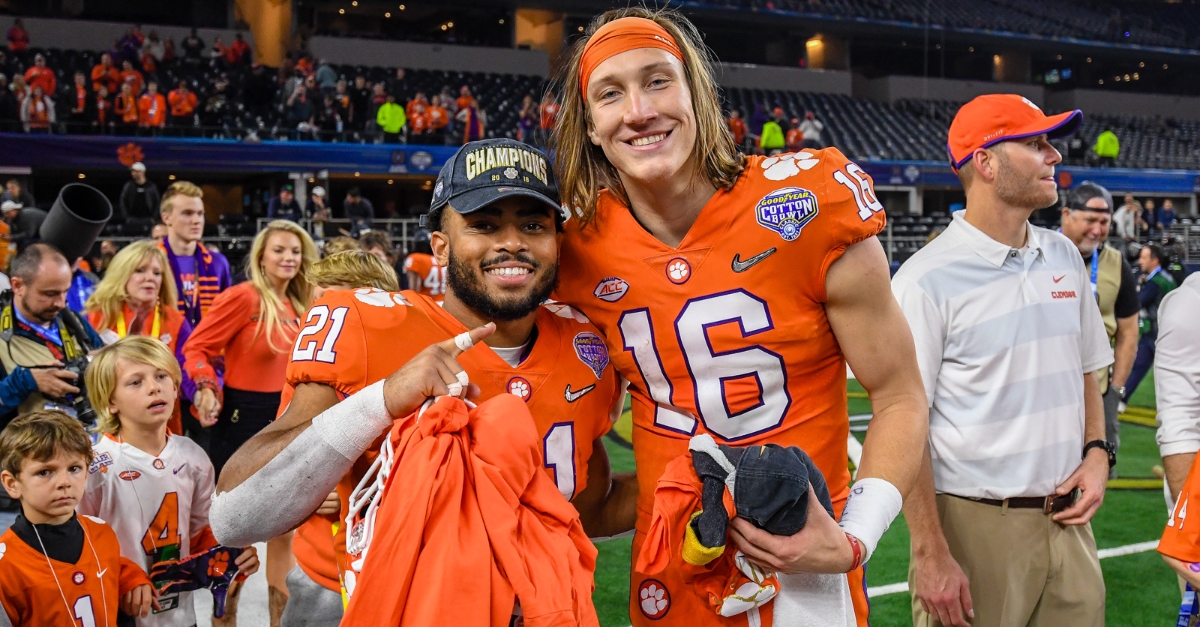 Darien Rencher and Trevor Lawrence, as well as Mike Jones and Cornell Powell, are leaders in the movement.

The Clemson University football team has led the way on the field in recent seasons, making five consecutive trips to the College Football Playoff. Now the Tigers want to lead the way off the field and will lead a march Saturday to advocate for social change. In their own words, they want to change the world.

A peaceful demonstration against systemic racism has been scheduled for Saturday at 6 p.m. at Bowman Field on Clemson’s campus, and the leaders of the protest are quarterback Trevor Lawrence, running back Darien Rencher, receiver Cornell Powell and linebacker Mike Jones Jr. Head coach Dabo Swinney is also expected to attend the event.

The event is called the Clemson Community Peaceful Demonstration and March For Change.

TigerNet spoke with each of the leaders Thursday afternoon on a media Zoom call, and running back Darien Rencher said the event came about in large part because of the support of the university and the community.

“This has been a collective idea. We wanted to respond in a way where we are accountable to our teammates and our communities and to the world at large with the platforms we hold,” Rencher said. “We came together with a lot of people from across the university, and then the idea was how we could gather people together for something that is right and shows that blacks lives do matter. It's been awesome to see so many people on staff and in the community and the police department and city officials, it has been awesome to see our community come together for what will be a great event Saturday as we come together. Hopefully we join together in what will be a pivotal moment in what is going on around the world, which is that black lives do matter and our fight for equality.”

Quarterback Trevor Lawrence said the players wanted the demonstration to be peaceful but also have an impact.

“We have been working together and coming up with something that would be impactful. We really wanted to do it the right way,” Lawrence said. “We are not the first ones that have used our voice to make a difference, and it's important to recognize everyone that has come before us and made a difference. On top of that, we really wanted to bring people together. We don't want this looked at as something to divide people further, we want to bring everyone together, and we think that is what is going to happen Saturday. We are really excited that this is the entire community and not just the football team or baseball team. It's open to the whole community, which will be awesome. I was excited to be able to put it together with these guys. We have had full support, which has been really cool.”

“I felt like my heart really needed for me to do something,” Jones said. “We all came together at the perfect time and we went to work. The whole staff is behind us, and obviously the community is behind us. It is something we felt like we had to do.”

Wide receiver Cornell Powell said he wants to community to understand the issues that are being talked about.

“We wanted to get our message out that we want equality in everything we do,” Powell said. “Especially as a black community to see police brutality. It's sad to see some of the videos and hear some of the stories. But I feel like with this peaceful march that we are going to have Saturday, it is going to bring the community together and really bring justice for us.”

Jones said he has one ultimate goal.

“I appreciate everyone coming together, and I feel like we are going to change the world.”