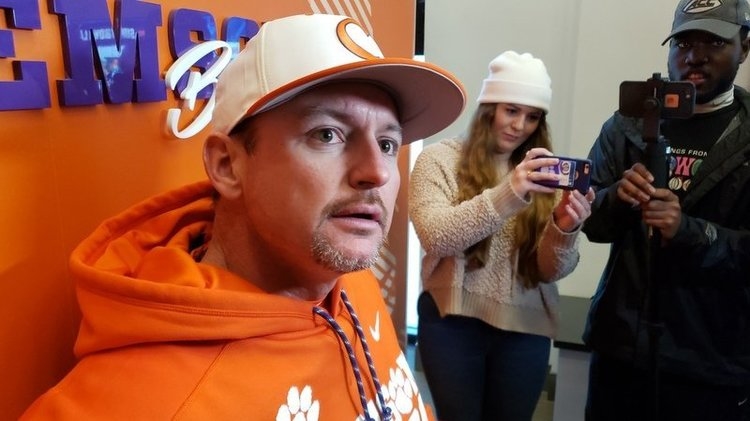 CLEMSON – The 2019 edition of Clemson baseball will have a different look than Monte Lee’s previous three teams, but there is also a different feeling in the clubhouse.

The Tigers won 47 games last year by relying on a patient and powerful offense that ranked third nationally in home runs and sixth in walks. However, Lee lost four players who combined for 54 of those 98 home runs a year ago (headlined by Seth Beer and Chris Williams, who combined for 40), which means the Tigers will at times have to look for different ways to create runs.

However, Lee says don’t close the book on Clemson still providing pop up and down the lineup.

“I think that is more speculation than anything. I don't know that we are not going to be a team that hits for power. We don't know that yet,” Lee said Friday. “I think that's the fair way to put it. What we do have on the field is a group of guys who are a little more dynamic. A little faster and a little more athletic. It gives us the opportunity to do more things. I think you always want an offense that can score when the wind is blowing in and the conditions aren’t good for offense that day, you want to feel like as a coach you have a lineup that can score runs.

“I feel like we have an offense that can do that based on the skillset of some of our guys. But I do think we have some power and I think there are some guys that haven't played every day for us that could wind up hitting a decent amount of home runs. I still think we will drive the baseball but we will have the ability to do more things and manufacture runs doing those types of things.” 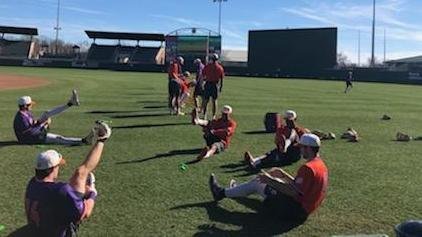 “In my opinion, this has been the most focused group that we've had in my four years here. It is the most disciplined group. We have great leadership,” Lee said. “This is the first year where I feel like it is a player-driven leadership. Guys like Logan Davidson and Carson Spiers and Jacob Hennessy and Kyle Wilkie and some of the older guys have really done an unbelievable job of policing the team and setting the expectations. I don't feel like I am the one that necessarily has to do all of that now. That has been the cool part as a head coach is I feel like I am stepping back a little bit and watching them run the team, which is really nice to see.”

The Tigers also have to replace key arms in the bullpen but Lee is confident the talent is there to make a difference.

“I feel like based on what I saw in the fall, we have some guys that are very capable of being very good for us out of the bullpen,” Lee said. “Will they be Ryan Miller or Ryley Gilliam? We have to wait and see. They don't have the stripes on their sleeves those guys had.”