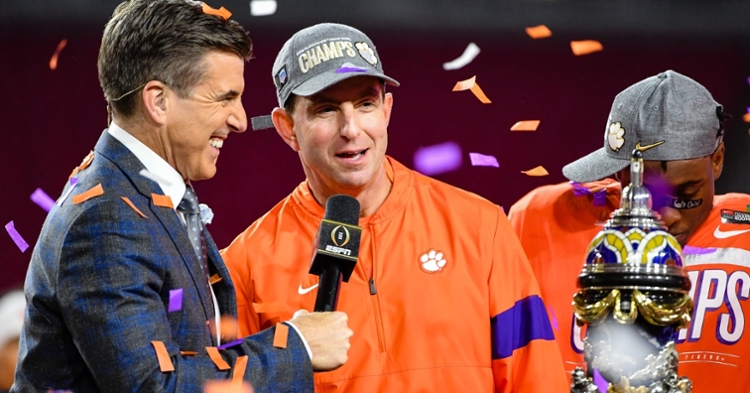 The ACC Board of Governors will meet this week.

Is this the week we’ve all been waiting for? Sort of.

The pandemic shut down college athletics in mid-March and we’ve all been waiting for some sense of normalcy as many American pro sports – NASCAR and golf and MLB and the NBA among more – attempt to play seasons with limited or no fans in attendance.

Now it’s time for the NCAA – or should we say the Power 5 conferences – to decide their plans and a few of those decisions should come down this week. So why is it sort of the week we’ve been waiting for? Because until toe meets leather and the ball is actually kicked off with two teams facing each other, there will be concerns that a season won’t happen.

The ACC Board of Governors is expected to meet and render a decision on the season by the end of this week. We’ve heard everything from pods to a 10-game conference season plus one out of conference game to eight conference games. As Clemson Athletic Director Dan Radakovich said this week, the situation is still fluid and will likely be fluid throughout the season.

Of course, a big obstacle for the ACC is Notre Dame – some have reported that the Irish will be included in the conference this season and the ACC will make them eligible for the conference championship game. Sure, I would do that as long as Notre Dame decides to give up its independence and join the league full-time as a football member.

Notre Dame’s television contract with NBC runs through 2025, so the Irish aren’t likely to give in, which means the league has to make a decision on how much of a concession to make for a program that is a part of the league in all other sports. I think Notre Dame would be a fantastic addition to the conference – they bring tradition and a name and a certain cachet to the league – and it would give the league a little better standing nationally.

With the 10-plus-one scheduling model, the Irish have three games scheduled against ACC foes that have SEC rivalry games – Clemson, Louisville, and Georgia Tech – which would make it difficult for those three teams to keep Notre Dame on the schedule.

We will find out more this week, and just how far the ACC is willing to go to placate the Irish.

As for Clemson, fall practice is slated to start August 5th and preparations are underway to still start on that date. What happens this week could change all of that.

As for the pandemic and the season, in looking at teams across the country you have to believe that head coach Dabo Swinney’s program is one of the few built to have success in what might be a crazy season. It is likely that teams will have to deal with COVID-19 positives during the season, and the Tigers have depth across the board.

If a Trevor Lawrence can’t play, then you have Taisun Phommachanh. If he can’t go, there is talented 5-star freshman DJ Uiagalelei. There is depth at running back, and while there is inexperience along the offensive line, there is depth there as well. For the first time in a long time, there are several outstanding tight ends on campus. The receivers group might be a little thin if something happens, but there is talent there as well.

There is talent all across the defense, and while having to play freshmen in several spots isn’t ideal, Clemson can win games if something happens.