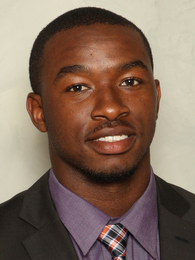 Safety
B I O
Emerged as the team’s top safety in 2013 after serving as a backup in 2011 and 2012 ... was one of the defense’s leaders as a “quarterback” in the secondary ... had 182 tackles, six tackles for loss, one sack, two quarterback pressures, four interceptions for 28 yards, seven pass breakups, one caused fumble and three recovered fumbles in 1,641 snaps over 53 games (26 starts) in his career ... tied for fourth in school history in games ... two-time ACC Academic Honor Roll member.