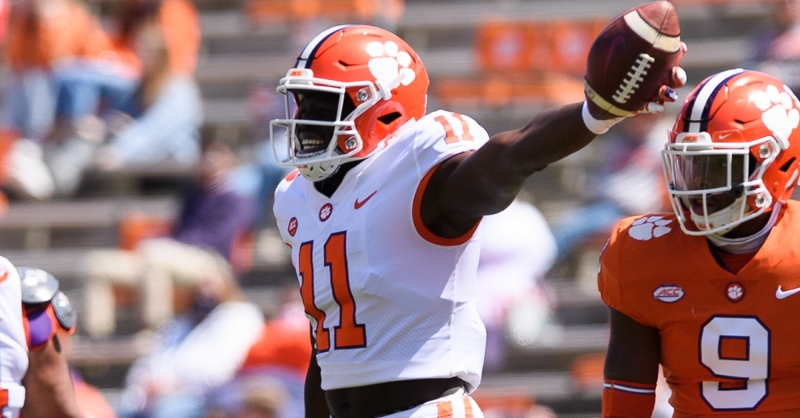 Ajou had been lauded by coaches in preseason but it didn't come together in 2021.

Clemson lost its second 2021 receiver to the transfer portal on Saturday.

Ajou logged six catches for 73 yards over 236 snaps this season. He played only 49 snaps combined over the final five games, however.

The Canadian native logged two catches for 41 yards and a touchdown in 113 snaps last season.

He joins Frank Ladson Jr. among Tiger receivers who have entered the portal. Ajou is a ninth Tiger to enter the transfer portal since the start of the season.

Ajou was a 3-star prospect out of Brooks, Alberta and played a season at Clearwater Academy in Florida as well.