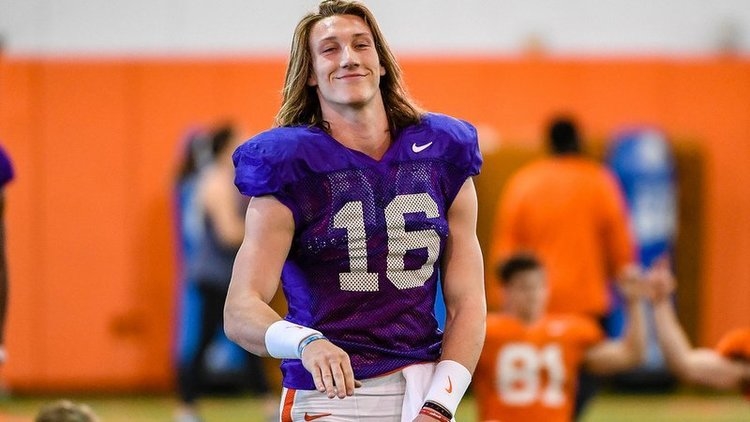 An ESPN analysis Monday gave Lawrence the nod over Alabama's Tua Tagovailoa, calling Lawrence "a robot put on this earth to play the quarterback position."

"No. 1" and "Clemson" have become synonymous since January and ESPN's preseason power rankings are the latest to jump on the bandwagon.

"To put into greater perspective how dominant many expect the Tigers to be this season, they placed 13 of their 22 starters on the preseason all-ACC team -- eight on offense," ESPN's Andrea Adelson writes. "Clemson has work to do to replace its starting defensive front, but Xavier Thomas is a star in the making. Linebacker Isaiah Simmons is a preseason All-America candidate, and the starting secondary is strong."

Assessing Clemson's Trevor Lawrence versus Alabama QB Tua Tagovailoa, another ESPN piece Monday ($) gave Lawrence the edge with it "really not even close comparing the two."

The first Clemson opponent checks in at No. 12 in week two foe Texas A&M.

"Jimbo Fisher's second Aggie team should be fascinating," ESPN's Adam Rittenberg writes. "Expectations are very high for junior quarterback Kellen Mond and an offense that returns most of its receiving corps and line, but which must replace 1,700-yard rusher Trayveon Williams. The defense seeks more balance against the pass but likely will need young linemen like Bobby Brown III, Tyree Johnson and incoming freshman DeMarvin Leal to blossom."

Week three road trip Syracuse also made the cut at No. 21.