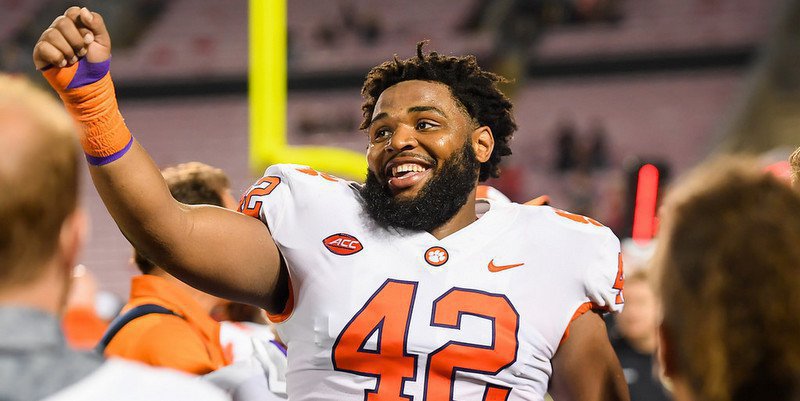 I have seen a bunch of these games. In fact, I have seen every one since 1974. During that time I have seen orange pants, black outs, fire ants, and brawls. There have been legendary coaches. Some have been blowouts and some classic finishes. I think I have seen it all in this rivalry.

In rivalry games, they say the home field advantage is even bigger. That has not been the case in the games I have seen in this rivalry. In Williams Brice Stadium, I have seen Clemson win 14 times and Carolina win seven times.

I would expect more of the same this week.

Don’t get me wrong; I see a path for South Carolina to win Saturday night. I am sure the pro-Gamecock crowd will be lathered up Saturday night. They seek revenge from the last three losses to Clemson including an embarrassing blowout last season. The Gamecocks would love to ruin Clemson’s chances at the College Football Playoff.

A.J. Turner has given the Gamecocks a little more running game than they had earlier in the year. Jake Bentley is good enough to beat you if given some time in the pocket. And the Gamecock defense has improved since giving up 56 in the rivalry game last year.The Rivalry

But this one looks fairly simple heading into the game. If Clemson can avoid the self-inflicted wounds, the Tigers should win. Clemson is the better team. Clemson is better along the lines of scrimmage. The Tigers have better skill players. They have the better staff and are more experienced in big games over the past few seasons.