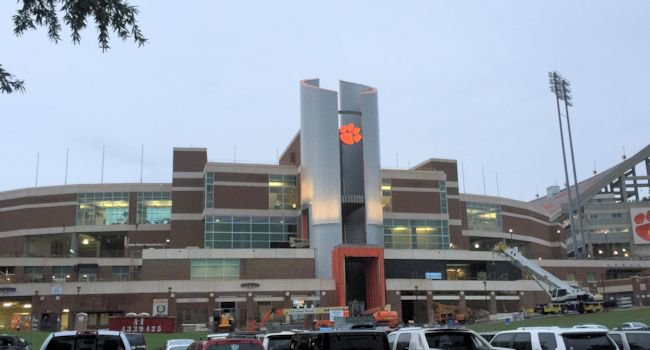 Can you recommend that they upgrade the Oculus so that it projects an orange paw into the night sky, like the Batsignal? It sounds funny, but I’m actually serious… I can’t be the only one to have thought of that, right?

You have mistaken me for someone who has any slice of power. LOL. On a serious note, I am not sure how this works, but I haven't heard any credible source mention this as a possibility. I would love it, though. Some schools have a victory bell, at Clemson, we could send up the signal after every win. We could use it in recruiting. Send out the signal to call in future five stars. I love your idea.

Who are the young players to watch in 2016 (excluding this latest recruiting class) that did not see playing time in 2015 for whatever reason but are expected to play a significant role this year?

I think Kelly Bryant will settle in as the backup quarterback and see more action. Adam Choice red-shirted last season as he recovered from knee surgery. I think he will be Gallman's backup. Backup tight ends like Garrett Williams and Milan Richard should get more reps this season. Jake Fruhmorgen, Taylor Hearn and Maverick Morris will see more snaps on the offensive line. Clelin Ferrell, Richard Yeargin and Austin Bryant will replace Shaq Lawson and Kevin Dodd at defensive end. I am interested to watch Albert Huggins and his role this spring. Dorien O'Daniel will see his time come. Korrin Wiggins returns from a knee injury and could be a starter. In the secondary, players like Adrian Baker, Mark Fields, Denzel Johnson, Vann Smith, Jadar Johnson, and Tanner Muse have big opportunities this spring.