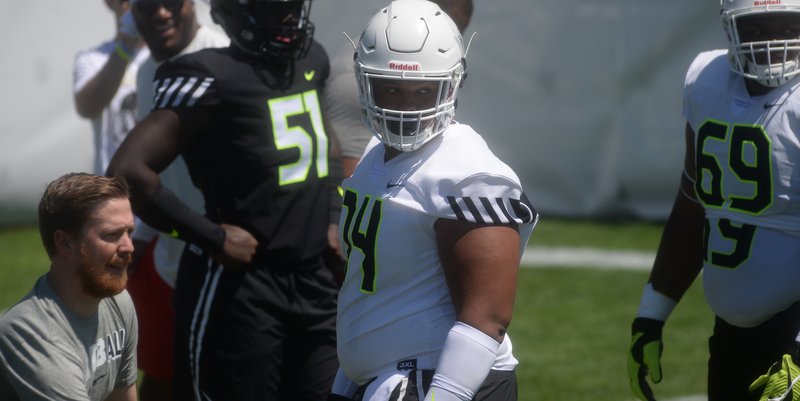 Carman competed in "The Opening" this summer alongside some of the nation's top recruits.

Carman was in TigerTown recently for an official visit, but most recruiting experts had him going to the Buckeyes going into the day.

His Wednesday morning announcement only reinforced Clemson's out-of-state recruiting prowess, which was recognized in the reaction on social media:

Clemson pulls off the shocker and grabs a commitment from 5-star OT Jackson Carman. Most thought he was Buckeye bound. Major recruiting win as the Tigers continue to recruit nationally.

This is big news 4 @ClemsonFB the best out of state recruiters in CFB. Five-star OT Jackson Carman (No. 12 in ESPN 300; Fairfield, Ohio) signs with Clemson. Carman also had offers from Alabama, Michigan, Ohio State and USC among others.

With it looking like Jackson Carman will sign with Clemson and not OSU, Meyer was asked about the disappointment if that happens. "I can't comment. I'll leave it at that."

Jackson Carman to #Clemson shows why Dabo is in the Saban/Meyer range or head coach recruiters. #ALLIN

Fairfield senior OL Jackson Carman says he decided to commit to #Clemson this morning. He said Ohio State was his second choice @WCPO

Don’t worry, in a few years I’m positive you’ll have a much easier time naming one ?? #ALLIN https://t.co/wSsE05inNj

Again, all you have to know about @Jackthejiant is in the statement he posted. After seeing him in Oregon and at one of his home games, we knew he was special. He owes me a few recipes now