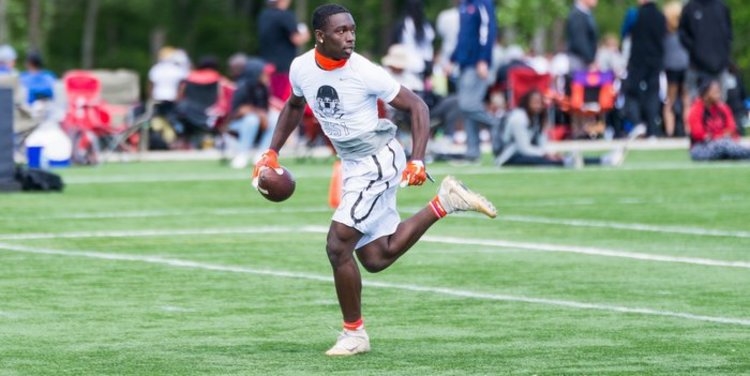 Kendrick capped a high school career with over 6,000 passing yards and nearly 2,000 rushing yards with the honor as the state's top player.

The 6-foot, 181-pound senior quarterback led the Stallions to a 15-0 record and a fourth-straight Class AAAA state championship this past season. Kendrick completed 186-of-256 passes for 2,693 yards and 30 touchdowns against just six interceptions. He also rushed for 1,195 yards and 19 TDs, throwing and running for a combined 19 touchdowns in five postseason games. The 2016 Herald All-Area Offensive Player of the Year, he concluded his prep football career with 6,134 passing yards, 1,919 rushing yards and 98 total touchdowns.

Kendrick has volunteered locally with Read Across America, an elementary school literacy-outreach program, and he has donated his time as a youth football coach and mentor. “Bottom line, Derion Kendrick is the best player in the state of South Carolina,” said Bobby Collins, head coach of Lancaster High. “What makes him dangerous is that he loves to compete. He’s the key to their success.”

Kendrick has maintained a B average in the classroom. He has verbally committed to play football on scholarship at Clemson University in the fall of 2018.

The selection process is administered by the Gatorade Player of the Year Selection Committee, which work with top sport-specific experts and a media advisory board of accomplished, veteran prep sports journalists to determine the state winners in each sport.

As a Gatorade Player of the Year, Kendrick will be able to select a national or local youth sports organization to receive a grant as part of the Gatorade Play It Forward program. Every Gatorade Player of the Year state winner receives a $1,000 grant to donate and will have the opportunity to enter for an additional $10,000 spotlight grant by writing a brief essay explaining why their selected organization deserves additional support. 12 spotlight grants – one for each sport – will be announced throughout the year.