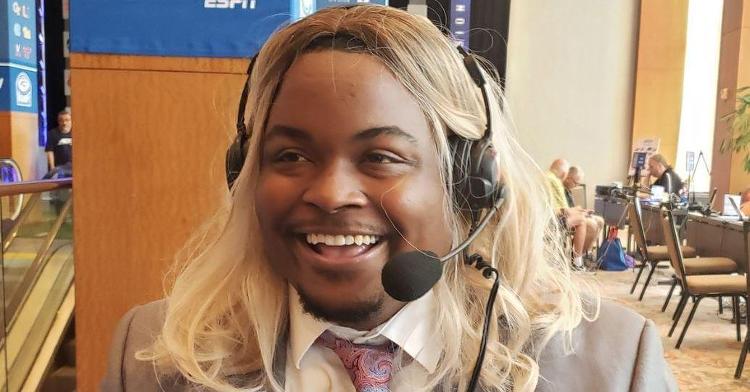 The ACC Kickoff 2019 is an exciting day as that means the upcoming football season is right around the corner.

Clemson head coach Dabo Swinney was criticized recently by members of the national media including Paul Finebaum for not bringing standout quarterback Trevor Lawrence to the annual preseason media event.

However, a large blonde football player just made an appearance to the kickoff event this morning in offensive lineman John Simpson. Wait, what just happened?

Simpson told the media that he did this mostly as a tribute to his quarterback teammate.

"I think I'm doing pretty good if you ask me, he said. "It's up to yall. My hair is way better than his (Lawrence). I have more flow (hair), and it's more curly. I'm a natural."

Nice job by Simpson and Swinney to make things fun and relaxing as media events like these can be stressful for student-athletes.

Trevor Lawrence.... Also known as @BigJohn74_, has arrived at the ACC Kickoff pic.twitter.com/3NiDIPihCv

@BigJohn74_ telling us he does a better @Trevorlawrencee than Trevor pic.twitter.com/YgQ0UfHfWU

Who wore it better? pic.twitter.com/z1n5mV3L7k