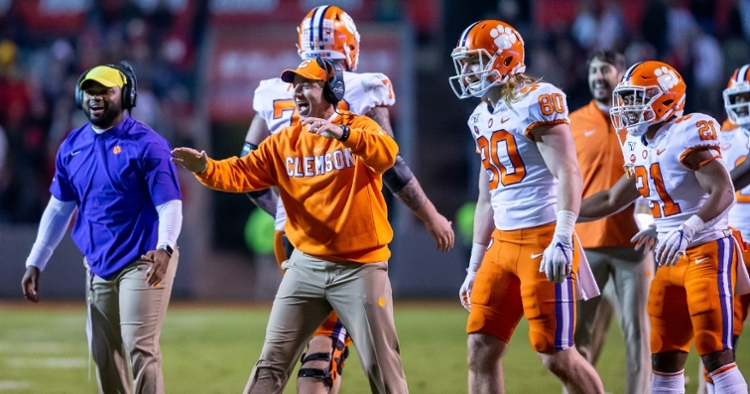 ClemsonFB caught up with Tigers head coach Dabo Swinney Friday after Travis Etienne announced his return for a senior season.

"We're just super-pumped. We're excited to have him be back," Swinney said. "Graduate in December and leave here as one of the greatest backs in probably college football history by the end of this year...Pretty cool to kick off this decade with Travis Etienne in the backfield."