It looks like you are using an ad-blocker. You may not have realized, but our team is mostly supported by ad revenue. TigerNet has provided free Clemson sports news for over 25 years. Help us keep doing that by turning off your ad blocker or joining our ad-free membership level. Thank you!
Go Ad-Free! Continue browsing TigerNet with your adblocker active with a monthly or annual Orange Level membership.
Allow sponsors to pay for your browsing Disable your adblocker on TigerNet and ads will fund your browsing.
Already an Orange Level member? Please Login | Need help? Contact support
BREAKING
ACC announces schedule changes involving Clemson for Dec. 12 games 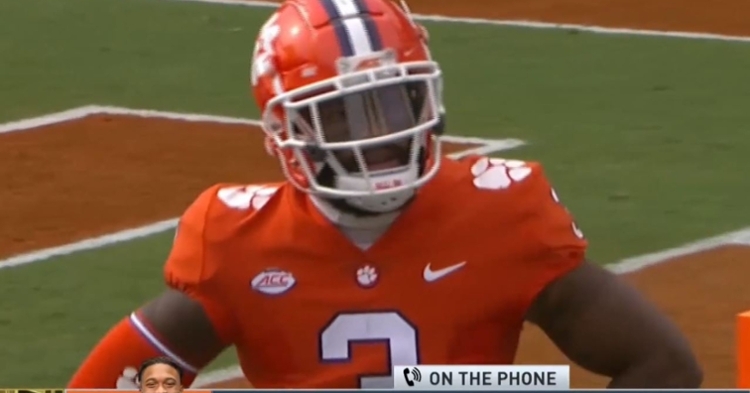 Rodgers has been an explosive playmaker in 2020

Clemson receiver Amari Rodgers was on the Jim Rome Show Wednesday discussing a few subjects including the chemistry he has with Trevor Lawrence.

"It's really good, he said. "I feel like it started to take off during quarantine when we had to stay in Clemson and work out. We were sure to throw two to three times a week just building that chemistry, so when we started camp, there was no fall off."

Rodgers is a very versatile weapon for the Clemson offense.

"I definitely have confidence that I can do anything on the field," he said. "To get the ball in my hands to help my team win, I'm willing to do anything. Just working in the offseason, that's what I was really preparing for to be able to do anything to help the team. I knew coming into my senior year, I would have an extra load on me that I haven't had before. I just went ahead and prepared for that mentally, so when the time came, I was ready."

Rome was impressed by Rodgers' interview:

Would be remiss if I didn't take a second to brag on @arodgers_3 for this compliment at the end of his recent interview on The Jim Rome Show. pic.twitter.com/f67NNcNYHp