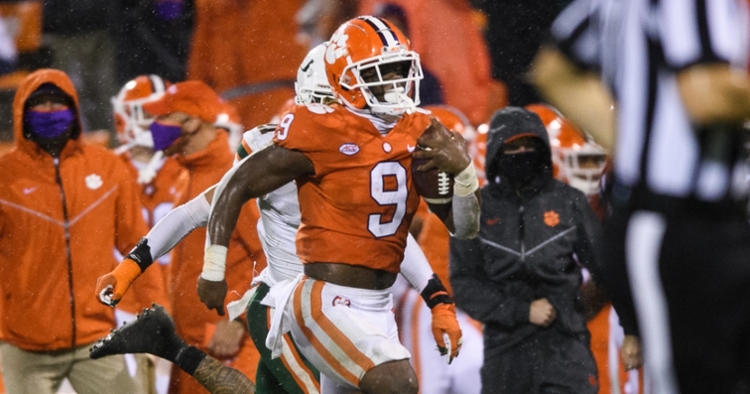 Clemson head coach Dabo Swinney told ESPN during postgame that star running back Travis Etienne went to the locker room to get an IV because of cramps during Saturday's 47-21 win against Syracuse.

Travis Etienne told the media during postgame that he only had Frosted Flakes for breakfast and that he needs to eat better before next week's game.

Etienne finished up with 16 carries for 86 yards (5.4 ypc) and three touchdowns during the contest. He also showed off his catching ability with three receptions on three targets for 20 yards.

According to ESPN Stats & Info, it was his sixth career game with three touchdowns, and he now has 64 career rushing touchdowns, which is 7th most in FBS history.

Travis Etienne said he had to have an IV due to cramping during the game. He blamed not eating a full breakfast and not being in the right spot that way going into the game.

Travis Etienne jogs back to the sidelines to much applause in Death Valley.