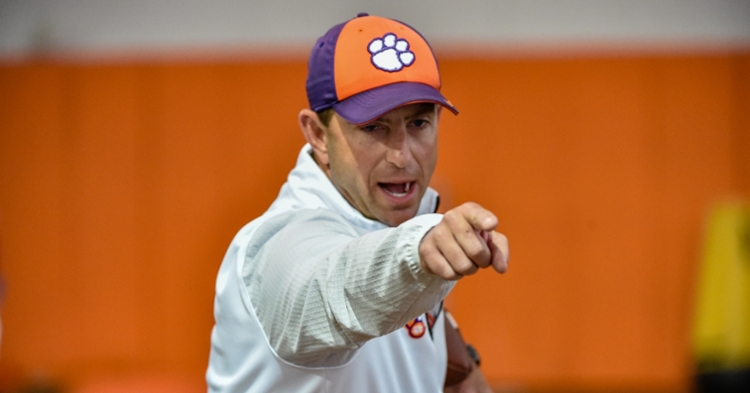 Clemson is a runaway favorite to both win the ACC and make the College Football Playoff. That means the Tigers are going to win a lot of games, but projecting beyond to the Playoff, Vegas isn't quite as confident.

ESPN reported Monday that Caesars Sportsbook Clemson has the highest season-win over/under of 11.5.

Caesars director of trading Jeff Davis told ESPN that Clemson is the favorite overall, but they aren't No. 1 in his power rankings.

"We would make both Ohio State and Alabama small favorites over Clemson if they were to play today," Davis said. "Clemson has the shortest odds strictly because of their schedule."

Evidence of that perspective is Clemson being given 1-to-6 odds on winning the ACC in the next season, which is the most of any Power 5 team in its respective conference.

Historically, Dabo Swinney's group has a good record as an underdog on the big stage. In the playoff, Clemson has not only covered the spread but also won four of seven games as an underdog.