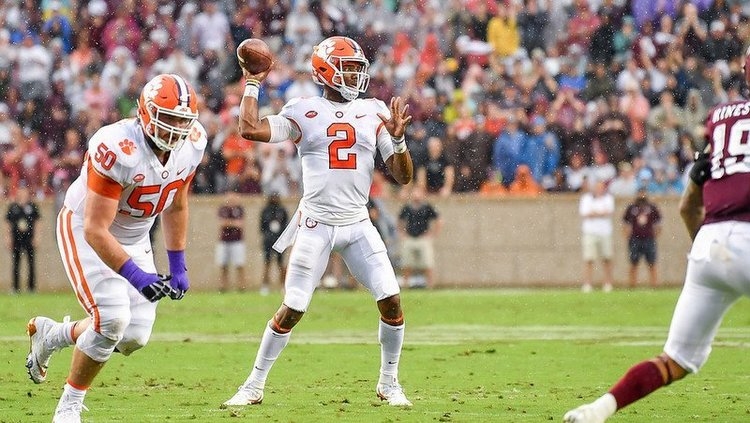 Former Clemson quarterback Kelly Bryant has two visits lined up per multiple reports, going to North Carolina this weekend and Arkansas the next.

Arkansas is coached by former Clemson offensive coordinator Chad Morris, who recruited Bryant to Clemson. North Carolina is a 2019 Clemson opponent, and with some familiar non-conference opponents (South Carolina and Appalachian State), Bryant would face nine teams he faced or played for if he signed with the Tar Heels.

Rivals reports that Bryant is "working to schedule" official visits to Louisville and Missouri as well, with "more than 15 Power Five programs" reaching out to him already.

Bryant made 18 starts over two seasons, with Clemson going 16-2 over those games, throwing for 3,338 yards with 16 touchdowns and 10 interceptions and another 16 touchdowns rushing.