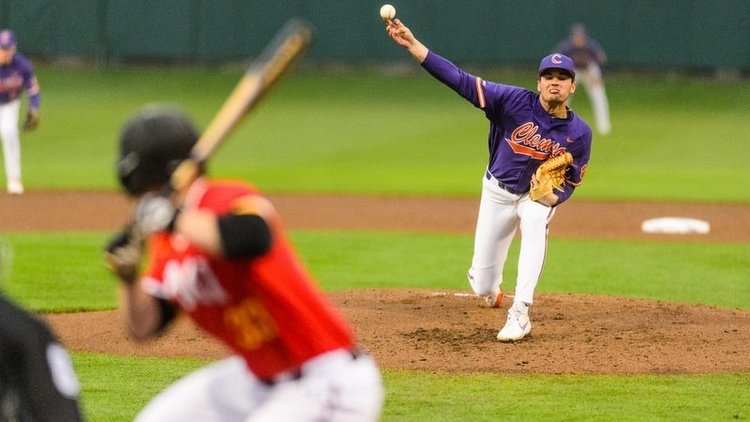 Davis Sharpe leads the Tiger rotation again, which features a starter to be announced for Sunday's game.

TV network has been changed to ESPNEWS for Sunday’s game.

CLEMSON, S.C. - The Tigers travel to Tallahassee to take on Florida State this weekend in Mike Martin's final season as head coach of the Seminoles.

• Clemson, who has a 7-2 road record, defeated Furman 2-0 at home on Wednesday night.

• Florida State is led by head coach Mike Martin, who is in his 40th and final season.

• Robby Martin is hitting .324, Drew Mendoza has eight homers and 23 RBIs and J.C. Flowers has a team-high six saves.

• The Tigers have answered each of their last 15 losses with a win in their next game dating to back-to-back losses on April 13,14, 2018.

• Junior catcher Kyle Wilkie has helped keep opponent running games in check with his ability to throw out basestealers.

• He has thrown out 11 of 28 basestealers, and many of the successful steals have come with no throws due to great jumps.

• He was named to the Buster Posey Award Watch List during the season.