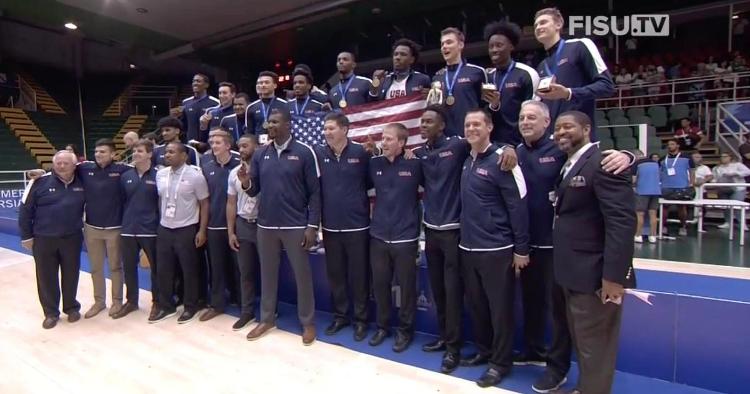 AVELLINO, ITALY - John Newman III scored a game-high 20 points with a team-high seven rebounds, as the United States, comprised of 2019-20 Clemson players, defeated Ukraine 85-63 to win the gold medal in the World University Games at Palasport Del Mauro. The United States, who won their 15th gold medal in men’s basketball at the World University Games, finished the tournament with a 6-0 record and won their first gold since 2015 and second since 2005 at the biennial event.

The United States, who outrebounded Ukraine 42-36, shot 43 percent from the field and held Ukraine to 35-percent shooting. Ten United States players scored in the game. Joining Newman in double figures was Aamir Simms with 12 points and Trey Jemison with 11 points.

They continued their hot shooting and went on a 12-2 run to start the second quarter to take a 40-17 lead. With nine United States players in the scoring column, they took a 48-23 lead at halftime, holding Ukraine to 30 percent from the field through two quarters.

The United States cruised in the fourth quarter, building its biggest lead at 79-52 before closing out their 22-point win.

Clemson opens the 2019-20 season on Nov. 5 against Virginia Tech in Littlejohn Coliseum.

US vs Ukraine Box Score
Get your Trevor Lawrence and Travis Etienne Jaguars gear right here!
Comment on this story