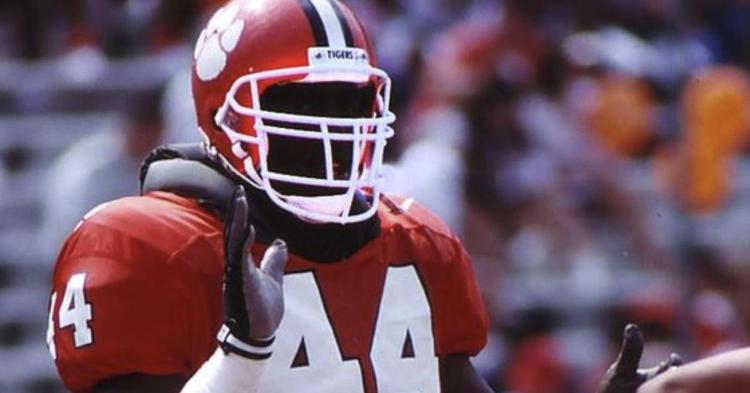 Clemson, S.C—Former Clemson All-Americans Levon Kirkland (football) and Deliah Arrington (women’s soccer) will be inducted into the Clemson Ring of Honor this fall. Ring of Honor Chairman Tim Bourret made the announcement on Friday. Both former student-athletes will be honored at a Clemson football game to be announced at a later date. Arrington also will be honored at a home women’s soccer match.

The Ring of Honor is the highest honor a former Clemson athlete can receive. An inductee must already be in the Athletic Hall of Fame, have a four-year degree, and have made a significant contribution to the heritage of Clemson athletics. The selections are made every two years by an 11-person committee.

Kirkland was the Most Valuable Player of Clemson’s 1989 Gator Bowl victory over West Virginia as a sophomore. He was named a freshman All-American in 1988 when he helped the Tigers to a 10-2 record and the ACC Championship.

Kirkland finished his career with 19 sacks and 40 tackles for loss. The Tigers had a 39-8-1 record over his four years as a starter. The Tigers won the ACC Championship in 1988 and 1991, and finished in the top 20 in the nation all four years, including a number-eight ranking in the final 1988 UPI coaches poll, a number-12 finish in the 1989 AP poll and a number-nine finish in the final AP poll of 1990. Clemson also won three bowl games over his career.

A second-round NFL draft choice of the Pittsburgh Steelers, Kirkland went on to an 11-year All-Pro career with the Steelers, Philadelphia Eagles and Seattle Seahawks. He was named to the NFL Team of the 1990s as a linebacker before retiring after the 2002 season.

Kirkland was named to Clemson’s Centennial team in 1996 and was inducted into the Clemson Hall of Fame in 2001. He returned to Clemson after his playing career was finished to earn his undergraduate degree. He is currently vice president for development for the South Carolina Football Hall of Fame.

Arrington was an All-American for the Tigers in 2000 and 2002, the first two-time All-American in the history of the 25-year sport at Clemson. She is still Clemson’s career scoring leader with 50 goals and leading points scorer (goals plus assists) with 127.

Arrington was named the ACC Player of the Year in 2002 and is still the only Clemson women’s soccer player to win that award.

The daughter of Vandel Arrington, a defensive back on Clemson’s 1981 National Championship football team, Arrington was a freshman All-American in 1999 and was a national Strength All-American as a senior. She was also a three-time first-team All-ACC selection, one of just two Clemson women’s soccer athletes to achieve that distinction.

Clemson flourished as a team during Arrington’s career, winning the ACC regular season championship in 2000, a first in the school’s women’s soccer history. That year Clemson defeated number-one ranked North Carolina by a 2-1 score on a goal by Arrington.

Clemson reached the NCAA Tournament all four years Arrington was on the Clemson team and was ranked in the top 25 in 48 of 52 polls. Clemson finished the season ranked in the top 11 in the nation three times in her four years, including a program best number-five ranking in 2000 and number-six in 1999.

A first-round draft choice by the Philadelphia team in the women’s professional soccer league of the era, Arrington returned to Clemson after her professional career and earned her bachelor of science degree in 2004. She is now the Site Coordinator for the Potomac Science Center at George Mason University.