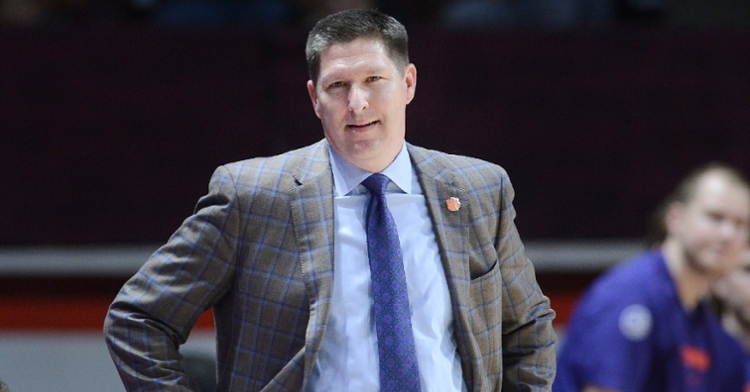 Brad Brownell's Tigers fell back below .500 in ACC play after the Hokies shot nearly 60 percent from the field in the second half to pull away to a 70-58 win over Clemson.

The Tigers (15-14, 9-10 ACC) trailed by five at the half in Blacksburg's Cassell Coliseum and then would lead as late as 14 minutes to go, but a 13-0 Hokies run from that point sunk their road momentum, falling behind by as many as 17 points.

Tevin Mack was the lone Tiger to reach double-figures scoring with 12 points. Aamir Simms was held to five points over 24 minutes and Al-Amir Dawes shot 1-of-7 from the field for five points. Clemson made 6-of-21 3-pointers in the first half and only 3-of-14 in the second period.

"I'm disappointed in the way we played. We didn't play or coach very well. We tried to rally in the second half, but we just didn't have it. I thought we looked like a tired team. I don't feel like we competed for the full 40 minutes."

"Defensively, there was no energy tonight. We tried to play man-to-man. We tried zone. Physically, we just didn't compete at the level that you need to play against a team of Virginia Tech's caliber playing on its home court."

"Hunter Tyson and Trey Jemison played at tremendous, competitive levels for us."

Clemson vs VT Box Score
ONE DAY ONLY! Fanatics.com Black Friday Sale 20% off on orders over $75
Comment on this story