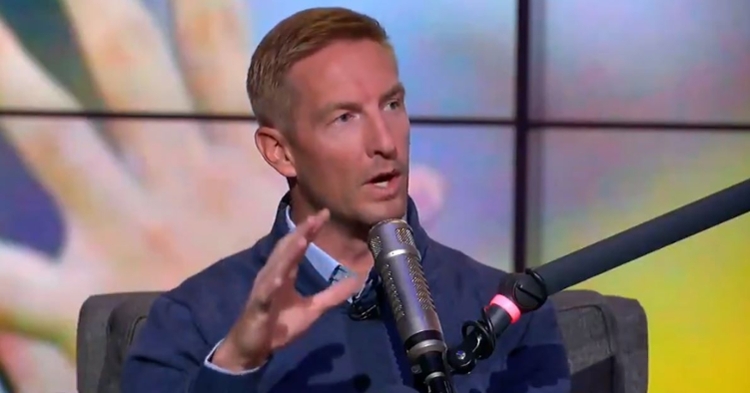 Klatt says Clemson will advance out of the Playoff semifinals.

FOX Sports lead college football analyst Joel Klatt hasn't always been a big fan of Clemson's Tigers, but through 12 weeks, he is bigger on Clemson than the College Football Playoff committee.

Klatt had Clemson at No. 2 in his personal rankings this week, behind Ohio State and ahead of LSU, Oregon, Georgia, Utah, Alabama and Oklahoma.

"There is a big difference between (No.) 3 and (No.) 4 right now. I think the toughest game is either LSU or Ohio State is going to have to play Clemson in the national semifinals," Klatt said as a guest on the Colin Cowherd show. "Do you really want that? I wouldn’t. Clemson looks amazing all of a sudden since that 1-point win over North Carolina...

"The ACC has been so bad. They've been bored for most of these (games). Think about this, Trevor Lawrence has (at least) three touchdown passes in (six)-straight games. He's stopped turning the ball over. Their defense is amazing. They can run it with Travis Etienne...When you look at Ohio State and Clemson, there's not a lot of holes...I think Clemson is a tough one. It was fine to criticize their early play. They turned the ball over too much early and had the 1-point win over North Carolina but since then they have been totally a dominant team.

Cowherd called Clemson the best program in college football and compared the way Clemson develops to the New England Patriots.

"This is the Baker Mayfield version of Oklahoma. That's what LSU is right now." — @JoelKlatt pic.twitter.com/Prx0kQp3Pg