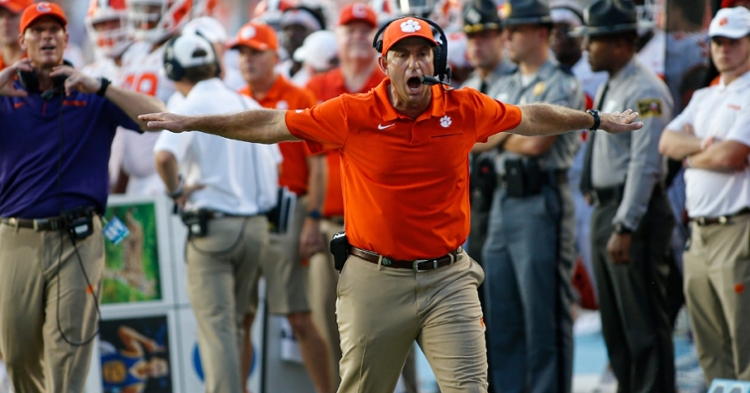 Herbstreit has Ohio State as his new No. 1 after witnessing them win 48-7 at Nebraska on Saturday - slotting Alabama No. 2 and then Clemson and LSU. He had Ohio State at No. 4 previously.

Dabo Swinney's Tigers were favored by around four touchdowns but held off a Tar Heels' shot at taking the lead on a 2-point conversion late Saturday, to win 21-20.

Elsewhere at ESPN, the less-than-stellar effort dropped Clemson three spots to No. 6 in the SP+ metric rankings, trailing Alabama, Ohio State, Oklahoma, Georgia and LSU. By the metric, Clemson's performance so far this season has them as a touchdown underdog on a neutral field to both Alabama (7.3) and Ohio State (7).