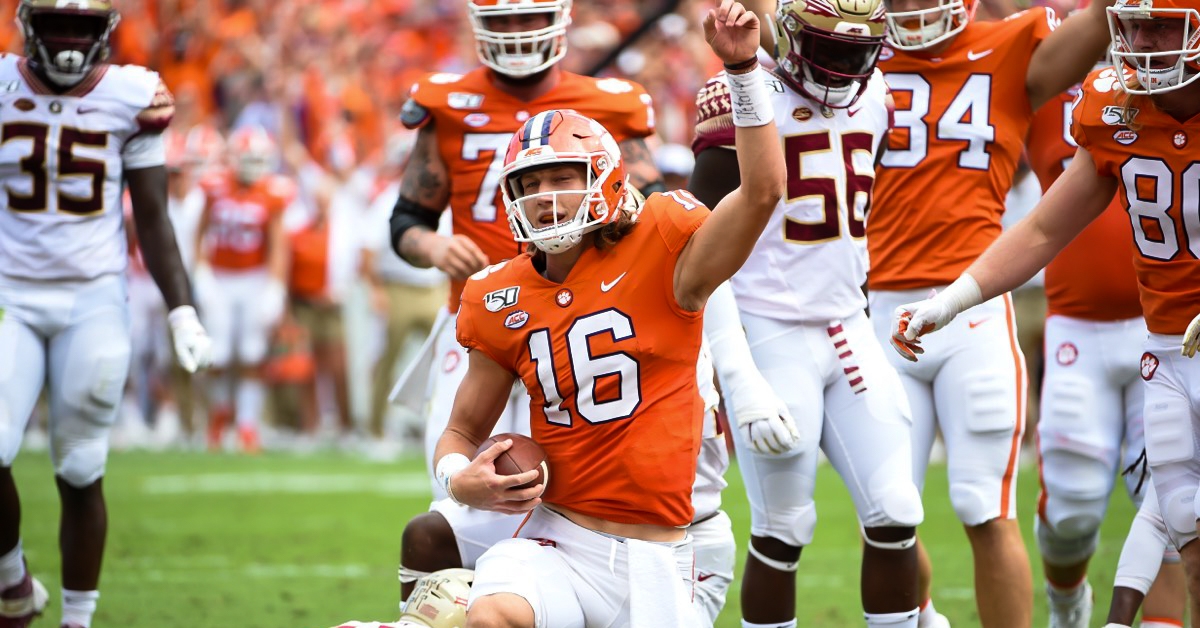 Lawrence heads into another season with high expectations.

ESPN on Lawrence: "It seemed almost impossible for Lawrence to live up to his lofty recruiting hype, but two years in, he has thrown for nearly 7,000 yards, reached two national title games, lost only once and, this offseason, embraced his public role to help become a conscience for the sport. Consider the hype met."

Two-time ACC player of the year and Clemson all-time leading rusher Travis Etienne was ranked No. 7.