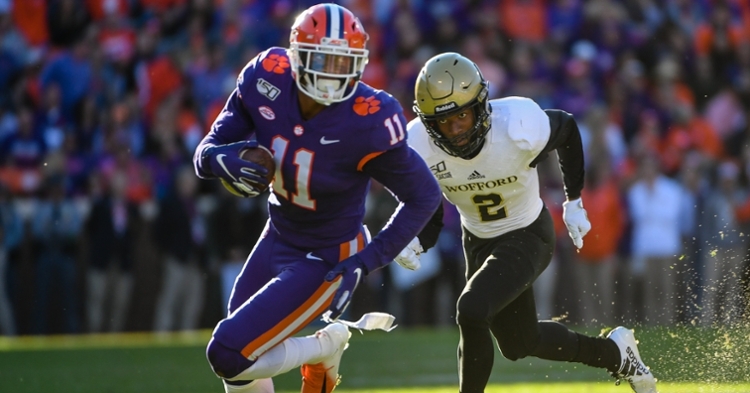 CLEMSON, S.C. — Clemson linebacker Isaiah Simmons has been named as a finalist for the 2019 Chuck Bednarik Award.

Since 1995, the Bednarik Award has been presented each year to college football’s top defensive player. Simmons is one of three finalists, joining Auburn’s Derrick Brown and Ohio State’s Chase Young.

Simmons became the fifth Clemson player to be named a finalist, joining Keith Adams (2000), Da’Quan Bowers (2010), Vic Beasley (2014) and Christian Wilkins (2018). Simmons’ selection as a finalist gives Clemson finalists in back-to-back years for the first time in the award’s history.

Simmons is Clemson’s sixth all-time finalist for the Nagurski Trophy, joining Gaines Adams (2006), Da’Quan Bowers (2010), Shaq Lawson (2015) and Christian Wilkins (2016 and 2018). This year marks Clemson’s fourth time being represented among the Nagurski finalists in the last five seasons, and Simmons will attempt to join Bowers as the only Clemson players to win the award.

This season, Clemson’s coaching staff has credited Simmons with 74 tackles, including a team-leading 12.0 for loss and team-best 6.0 sacks. He has also added five pass breakups, an interception, a forced fumble and a fumble recovery in helping Clemson become the first defense since the turn of the century to open a season by holding 11 consecutive opponents under 300 yards.