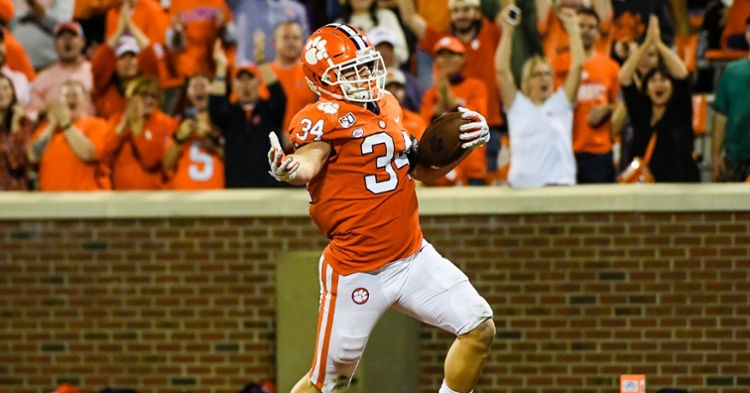 Rudolph scored on a 39-yard fumble return versus BC.

"Every time I put on that helmet, I competed in a way to make Clemson University proud," Rudolph said. "As I close out this next chapter of my football career and graduate in May. I just want to say thank you to those who supported us, inspired us, cheered us on -- I'll always be a Clemson Tiger."

Rudolph, a Rock Hill native, posted 5 TFLs and a sack as a sophomore in 403 snaps over 15 games (nine starts), also scoring a touchdown on a 39-yard return.

Rudolph tallied 42 tackles, seven for loss, with one sack over 31 games as a Tiger.

Announcing his Clemson commitment, he made his way around the Web in a video that went viral on Twitter. Rudolph is expected to pursue a career in acting after a move to California:

He paid an ode to that with his departure announcement:

All She Wrote. Thank You, Clemson.