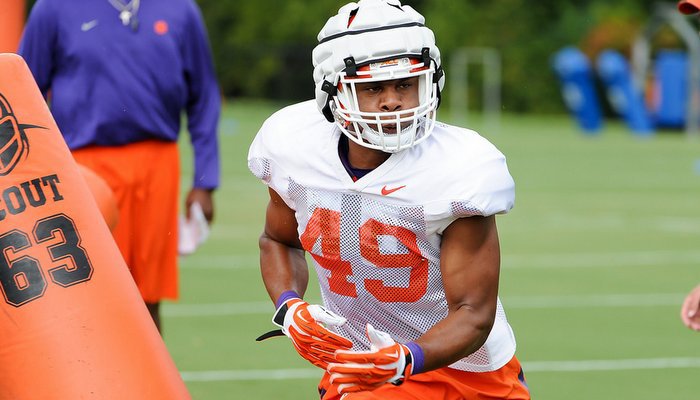 The Fallout of Bryant Injury

We got the news yesterday that we didn't want to hear. Austin Bryant is out for at least three games. So what is the fallout of losing Bryant for the first quarter of the regular season?

Yesterday Dabo Swinney said they hoped to have Bryant back for the Georgia Tech game. First, we need to consider Dabo is usually optimistic in life and especially when it comes to injuries. Our experience reminds us of a few occasions when Dabo says 3-5 weeks; it often has been at least five weeks.

Richard Yeargin is now the most experienced defensive end, but he was limited to 147 plays as a red-shirt freshman a season ago. Like Yeargin, Chris Register is a former linebacker who outgrew the position. Register has had a very good camp and now his role could become more significant.

Clelin Ferrell has a huge upside and now is forced into a bigger role even earlier. Eventually, I expect Ferrell to develop into an NFL defensive end, but is he ready to be a starter in the opener?

Two true freshmen are not expected to be ready for the Auburn game. Xavier Kelly and Lasamuel Davis have bright futures, but shouldn't be counted upon in the opener.

If Wilkins does play more defensive end, this will mean more snaps available for the other defensive tackles when Wilkins doesn't play the position. Carlos Watkins was going to play a bunch in the opener anyway, so he isn't affected. Scott Pagano was also going to play, but now may we more snaps against Auburn.

Clemson is fortunate to have talent like Dexter Lawrence and Albert Huggins at defensive tackle, and now the duo should see a bigger role against Auburn.

Could others see a bigger role? One move I don't think we will see is Gage Cervenka. The red-shirt freshman moved from defensive tackle to the offensive line last week and could play defensive tackle if needed since Wilkins may play more defensive end, but I doubt that will be necessary.

This injury was not the news the staff wanted to hear. At the same time, this is why you recruit hard and sign four and five-star talent. The Auburn game is the biggest concern now. If Clemson can get through the opener, it has two games to find other options before the Georgia Tech game. To me, the bigger issue is if the injury lingers longer and affects games into October.