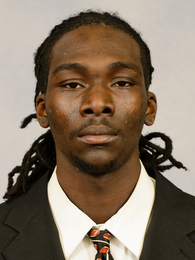 Defensive Line
B I O
Enrolled in January 2016.

Personal: Comes from the same hometown as former Tiger defensive ends Ricky Sapp and Da’Quan Bowers, both of whom played in the NFL ... majoring in parks, recreation & tourism management.