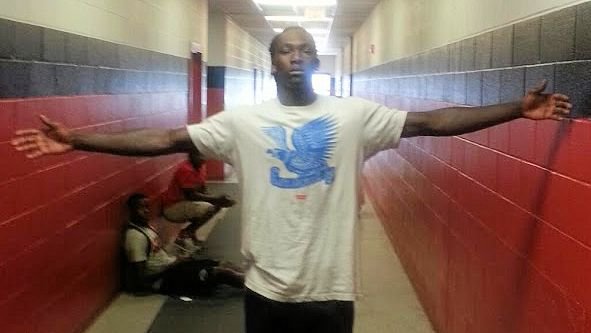 Davis is the next up in a long line of defensive ends to come out of Bamberg.

View Full Profile has been a Clemson fan his entire life, and Saturday morning his dream to become a Tiger came true when he announced his commitment.

Davis is the next up in a long line of defensive ends to come out of Bamberg, including Ricky Sapp, Da’Quan Bowers and Martin Aiken, and he said that he is looking forward the opportunity to play at Clemson.

“When I had my first visit to Clemson,” Davis told TigerNet earlier this week when he detailed his commitment. “I really liked it. I've been a Clemson fan since I was little. Clemson is where I really want to be. I'm going to have a great chance to go up there and play and do my thing.”

“We have a really good relationship - not just us talking football, but life as well,” Davis said. “He's a big inspirational person to me. He's given me some great tips to use on and off the field. We have a great relationship with each other. He's said that he will use me at defensive end. He said that I have good hand technique and quickness off the ball.”

“It's been an honor,” Davis said. “It's been great to have a chance to meet all of the different coaches and to have so many people encouraging me. The North Carolina Tar Heels and North Carolina State were recruiting me the hardest outside of Clemson.”

However, after a stellar junior campaign where Davis registered 112 tackles, 38 tackles for loss and seven sacks he was ready to end the process and prepare for his final season at Bamberg and getting ready to play at the next level.

“That's my goal - to just go ahead and get my decision out of the way so that I can focus on my senior year,” he said. “I want to have a good season. I feel like that if I come in to Clemson and do my thing that I'll be in a position to contribute. I just have to do what I'm supposed to do.”