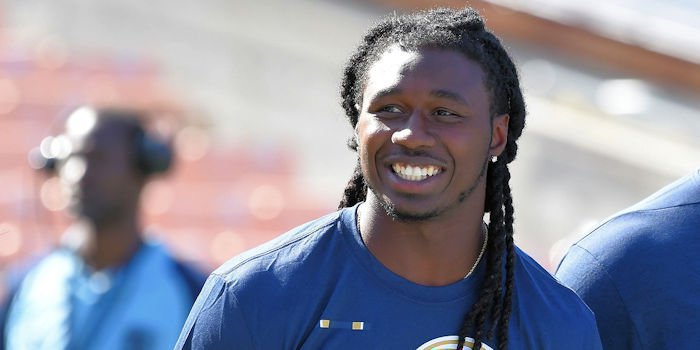 Several readers have asked for more email bag days, so I have decided to publish them at least a couple of days a week. In this format we will publish your comments and answer your questions. To submit a comment or questions, please email me at mickeyplyler@hotmail.com.

Dabo before used Sammy Watkins on a trick play to pass the ball and it worked quite well. Hunter Renfrow was a quarterback in high school. Seems like he would be perfect for this. Would like to see more creativity like when Chad Morris was running the offense. Still a great year. GO TIGERS!

Trick plays are tricky (pun intended). When they work, they are great, and the coaches look brilliant. When they don’t, you look foolish and desperate. I seem to remember Clemson running the ball down the field against South Carolina, and then Morris tried a Sammy Watkins trick play, and it was picked off. Clemson lost all of the momentum and eventually lost the game. The trick play they ran against South Carolina this year on the screen pass to Richard killed a drive also. Trick plays can backfire too. I think you need a trick play or two each season, but they should be too dependent on them.

Mickey, it seems that the coaches failed to adjust to the Alabama pressure. The quarterback was constantly left in an empty backfield situation when the running back went out on pass patterns. He really had very little time to make a play all game long. There seems to be too much blame being place on the o-line, and while they could have played better, I don't think that was the real problem. My questions: where is the tight end in Clemson's offense these days, either as a receiver or blocker and why did the coaches not change up the game plan to deal with the blitz package from Bammer? Email Bag

Alabama had pressure, so the empty backfield was a way to negate that. The thought is to spread the defense out even more and get rid of the ball quicker. Unfortunately, the quarterback held onto the ball too long.

Clemson’s really missed Jordan Leggett this year. Garrett Williams tore his ACL in the spring, and Milan Richard is a different type of tight end than Leggett. Richard is not a guy that can stretch defenses.

The staff tried several things against Bama’s pressure, but the offense didn’t execute it. Give Bama credit, but several reads were also missed.

I opened up TigerNet Monday morning and was very pleased to see you are gonna have more email bag days. I love it and plan on asking more questions in the future. I see questions on the board all day and think that is what the site is about, so why not ask you and get another opinion. Thanks for doing this.

I was not surprised to see a couple of idiots on the board attacking you. Here is what you need to know. Those guys are the ones that ruined the lounge section of TigerNet. These children talk about how big their bowel movements are and topics that have many of us off of that section of the website now. It's trashy and classless. Some don't like your prayer list. Don’t engage with them. You can’t beat the trash.

On a positive note, here is the first of my many questions. Which freshmen that came in this weekend have the best chance to play? I can’t wait for spring ball and can’t wait to see this class.

Thanks again and thanks for the email bag days.

I think all of the guys that are here this spring have a chance to make an impact next season. It will be very interesting to see how soon Trevor Lawrence can emerge. It is a big adjustment to the college game, but he has the tools. I think Kendrick will have a big spring and the staff will love his skills. Galloway is a very athletic tight end that reminds some of Jordan Leggett, so he may get a good shot at playing. Carman will get a look, but I am not sure if it is at tackle or guard. That will be a good storyline. I think both defensive ends, Thomas and Henry, will play next year. Both can make a big splash early. Both tackles will have shot also. Mike Jones steps into a great situation because O’Daniel is gone and there is no true successor that has grabbed the position yet. In summary, I don’t think those guys came in early with the idea of red-shirting in the fall. I watched the national championship game and once again saw they impact if great true freshmen from both teams.

How do you determine the "best" QB? The best runner - the best passer - the best combo. As the offense was changed to meet the perceived strength of Kelly Bryant this year when do they decide what offense they run in 2018?

Alabama didn't figure it out until the 2nd half of the National Championship game and they had only two legit contenders.

Keeping the QB situation from being a problem vs a blessing may be the biggest challenge this coaching staff has faced. The adage that it is easier to get to the top then stay there is likely true and how this is handled will be a real test of this staffs ability to stay at the top. The way the offense performed against 'Bama was indicative of a chink in the armor.

I would say each program wants something different, and some of that is based upon philosophy, and some is based on the talent on hand. I truly believe that every coach wants to play the guy that gives them the best chance to win. Now that guy is different for different programs.

I think Brandon Streeter is a big key because he is very upfront with his quarterbacks. He is always communicating with them about where they stand and what they all need to do to get more playing time. He also communicates with the families and is upfront and honest with them.

Who is the highest rated men's basketball recruit in Clemson history? The recruiting services seem to show McDonald's All-American Milton Jennings at the top of the list, but I think they're just not going back far enough. Was Sharone Wright higher rated than Milton? I think the obvious choice would be Tree Rollins, but I seem to remember that Skip Wise might have been more highly rated than Tree. Might you have an official top five?

When Skip Wise and Tree Rollins came out, I am not aware of any recruiting services, but both could have signed with any school in the country.

Sharon’s Wright, Ricky Jones, and Milton Jennings were probably the highest rated in this era of recruiting services, but Zion would be the highest if he picks Clemson on January 20th.

My primary concern is that Spring Ball seems a long way away!

However, with all the talk about our QB corps, I've heard very little conversation about concerns in the Def backfield. I believe we've lost Marcus Edmund, Ryan Carter, and KVon Wallace, and Amir Trapp. We have Kyler McMichael coming in this year (summer, I suspect). However, this leaves us extremely thin! I know we are recruiting several high profile players like Patrick Surtain and Tyson Campbell, Matthew Hill, DJ Brown, and Olijah Griffeth. Yet, none of them seem to be revealing much love for the Tigers.

We could use some DBs real soon! Thoughts?

K’Von Wallace is coming back. I am not as concerned about depth as you are. A.J. Terrell, Trayvon Mullen, and Mark Fields are very talented corners. I hear good things about LeAnthony Williams. Kyler McMichael is going to be a good corner as well. Wallace, Tanner Muse, Isaiah Simons and Denzel Johnson are four very good safeties. I will agree that they would like to add another corner and safety to add depth, so January will be huge. My guess is they get Hill or ONeal at safety and either Brown or Griffith at corner.

Mickey, time will only tell, but I see the gap closing between the haves and the have nots in college football. The coaching carousel has made the landscape very interesting and I think it only make the college game more entertaining for the fans. I can see a time where a 2 loss team is in the playoffs and could win it all. Winning your conference will only have a heightened importance. This leads to me to my point. In the championship game we saw Saban make a bold move to change QBs. It worked out for him. Maybe it was dumb luck or he saw something that required a change. Do you think Dabo has it in him to make such a drastic change during a game, as Saban did in the championship game? Dabo’s loyalty to his process, system and players is admirable, but I wonder if that same loyalty clouds his judgment on game day. I believe the best player plays and the coaching staff know who that is, but even the best player can have an off day. I am interested to hear your thoughts.

I disagree about the haves and have-nots. I see that gap widening. Look at the last five years and the upcoming five years. Alabama, Clemson, Ohio State, Georgia, Oklahoma, and a couple of others are pulling away. I don’t think Wake Forest, Virginia, Boston College and Georgia Tech are closing the gap with Clemson. Is the gap between Minnesota, Purdue, Indiana and Northwestern and Ohio State closing? Is anyone other than Georgia gaining on Alabama? I don’t think so.

Was Dabo loyal to five star wide outs instead of Hunter Renfrow as a freshman and sophomore? Was he loyal to the upperclassmen defensive tackles when Dexter Lawrence started in game one of his freshmen year? The best player will play! Deshaun Watson was a 175-pound injury-prone freshman that played the majority of the snaps in the third-game of his career. Was he loyal to Stoudt at FSU or did he put in the best player in the first half?