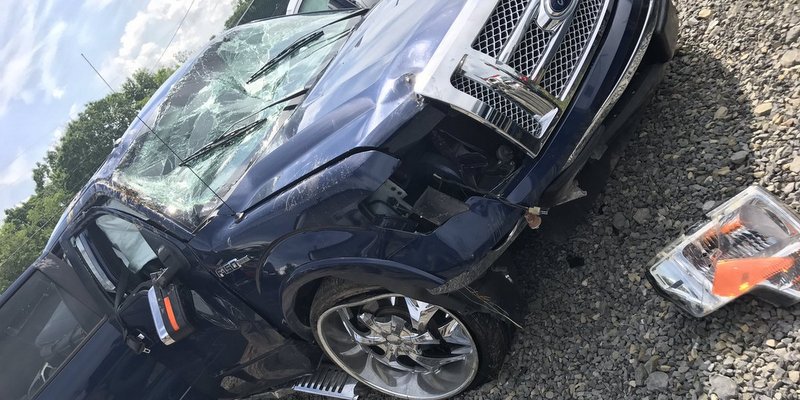 Thomas shows off his truck after the accident

Consider it a lesson learned.

Xavier Thomas, one of the nation’s top players for the 2018 recruiting cycle and a Clemson commit, was involved in a one-vehicle accident last week but walked away from the mangled wreckage with minor cuts and scrapes.

He wasn’t wearing a seatbelt, making his escape even more miraculous, but says he will wear one from this point forward.

He had just dropped his mom and sisters off to see his dad and was making the short drive back to the family hotel when the accident occurred.

“In case you (don't know) what happened, I was driving alone in West Virginia early in the morning. Had just dropped my sisters off," Thomas told TigerNet. "A deer ran out in front of me. I swerved and hit a deep steep ditch. It flipped me (and my car) over and then hit a tree.

“I didn’t have my seatbelt on, and I only ended up with bruises and scratched. I hit the windshield with my elbow to avoid hitting my head, so I took the whole windshield off with my elbow. My elbow is hurt a little, but other than that everything is fine.”

Thomas made a splash on the day of Clemson's spring game in April when he announced his commitment to play for the Tigers, choosing Clemson over arch-rival South Carolina. With he and quarterback Trevor Lawrence both intending to play for head coach Dabo Swinney, Clemson now has two of the top three recruits in the nation for the class of 2018.

Thomas said he’s thankful to be alive, and won’t hesitate to wear a seatbelt from now on, even if the trip is just a half mile.

“I should have been wearing my seatbelt,” he said. “But you live and learn.”

Thomas picked the Tigers because he feels like Clemson gives him the best chance to win a championship.

Deer ran out, swerved, hit a ditch, flipped over & hit a tree. No seatbelt, Blessed ????to walk away from this with just bruises and scratches pic.twitter.com/hCe5MhvJKb

There is no excuse for it but I was not wearing my seatbelt b/c I was thinking short term and the hotel was 1/2 mile away from where I went https://t.co/2bK1cVsAbv

Trust from now on, I will definitely wear it no matter the distance. ????