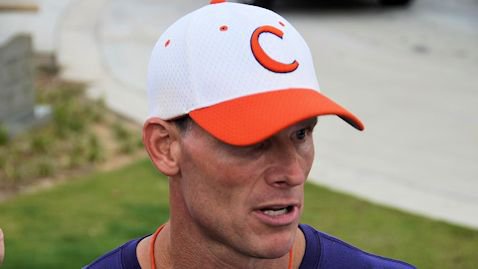 Brent Venables
Defensive Coordinator / Linebackers
View Full Profile and the Clemson defense, but there are a couple of younger players that have caught his eye.

The Tigers wrapped up practice number eight Friday afternoon, and Venables said it has been a typical spring.

“We're halfway through, there has been some good, some not so good. It's your typical spring,” Venables told the media. “We're really stressing effort and fundamentals, we're mixing and matching personnel and evaluating some guys that we're stressing, guys we need to mature quickly. I've been pleased with effort for the most part."

While the defense doesn’t have a lot of questions entering 2014, the secondary has and will be a concern because of depth and injury issues. That’s why it was welcome news when Venables said that two freshman defensive backs have managed to stand out - redshirt freshman cornerbacks MacKensie Alexander

"I would just say Mackensie is the one because we lost a couple of starters at a position that we're thin. He's had a nice first seven, eight practices,” Venables said. “Adrian Baker has as well. They give you reason to believe by the end of fall camp that we'll have some guys ready to play, as far as guys who have not been on the field for us." 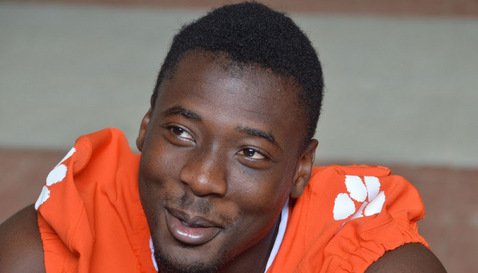 Dorian O'Daniel
RS Fr. Linebacker
#6 6-1, 205
Olney, MD
View Full Profile have gotten a majority of the reps,” Venables said. “I've been really pleased with both of those guys. For T.J., this is kind of the year where I expect him to get both feet in and be the kind of player we believe he can be. Dorian has been learning on the fly. He's competitive and athletic. They're both physical."

He also has to replace Spencer Shuey

Tony Steward
Sr. Linebacker
#7 6-0, 235
Hastings, FL
View Full Profile has been up to the challenge.

"Spencer made a ton of big plays and was so incredibly consistent,” Venables said. “Tony is capable of all those things. I know he's excited. He's come with a great focus and hunger. I expect good things from him."

The front four returns four starters, but Venables said that doesn’t mean there aren’t things that can be done better.

"I think we know what they're capable of doing, but will we do it again? We'll see,” he said. “I'm not assuming anything. We need to get better. We're capable of getting better. I'll use Josh Watson

Josh Watson
RS Sr. Defensive Tackle
#91 6-4, 285
Wilmington, DE
View Full Profile . He didn't have nearly the type of year he had before. He had some injuries and just could not get in that rhythm as a player. If he's more productive, that'll enhance us. It's everybody across the board. You could go down the list with every single player. We stress to them the things they don't do so well. We don't talk a lot about the things they do well. If we get those other things corrected, we have a chance to be a good defense."

The Tigers will scrimmage Monday afternoon in Death Valley, a scrimmage that will be critical for several of the younger players, especially in the secondary.

Venables then made out a long laundry list of things he would like to see accomplished in the scrimmage.

Vic Beasley
RS Sr. Defensive End
#3 6-3, 225
Adairsville, GA
View Full Profile have to continue to improve and Vic needs to get stronger and gain the kind of size that I think will help him in his functional play. And again chemistry will come. That's developed. Same thing with leadership. Just because you are a senior, that doesn't make you a leader. You have to earn that right. You have to work for it."