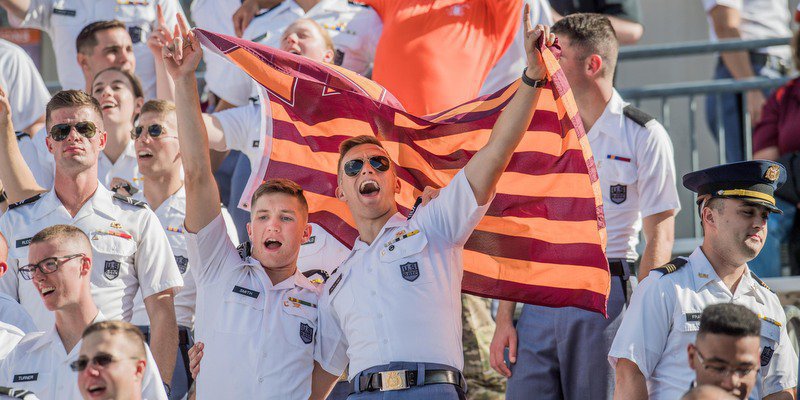 Many fans and analysts are going to automatically compare Clemson’s road game against Virginia Tech on Saturday to the Tigers’ win at Louisville a couple of weeks ago.

Both games featured a road trip at night against a top-25 opponent, so they’re just about the same, right?

There are a couple of problems with that line of thinking.

Virginia Tech’s home-field advantage is a real advantage as Lane Stadium has the reputation for being one of the toughest places to play in college football. Louisville’s Papa John’s Stadium, well, it just does not. It’s a nice stadium, and Louisville has done a good job with its upgrades in recent years, but it doesn’t come close to Lane Stadium.

Louisville does have some talent, but it’s really a one-man show in Lamar Jackson, and everything spins off what he’s able to accomplish, and that is quite a lot. While Justin Fuente is just in his second year with the Hokies and is still building the kind of recruiting base he wants to have, Virginia Tech has quickly become a balanced and complete team under his leadership.

And while Bobby Petrino is widely considered a terrific offensive coach, his Louisville teams aren’t exactly seen as the best-coached bunches around. Virginia Tech, on the other hand, is well-coached, and Fuente is almost stealing by being able to keep Bud Foster on the Hokies’ coaching staff.

In short, Saturday’s trip to Virginia Tech is going to be much more difficult than the Tigers’ trip to Louisville earlier this month.

That said, Clemson should be up to that test.

Dabo Swinney’s program has displayed the ability in the past few years to win this kind of big game more often than not. Sure, the Tigers have lost some games on this kind of stage, but it has been rare that they have looked unprepared for the game or overwhelmed by the moment.

There’s no reason to think they won’t be ready to play Saturday in what should be a terrific, hard-fought game.

Both teams are really good, and both are really well-coached, and there should be a dynamic atmosphere at Lane Stadium. That kind of equation usually adds up to an exciting game.

It will be fun to watch Clemson’s offensive coaching staff try to match wits with Foster and his defensive staff. At the same time, it will be interesting to see Brent Venables and his staff go up against the Hokies’ offensive staff.

Those kinds of matchups make college football interesting, and that all will be on full display Saturday night.