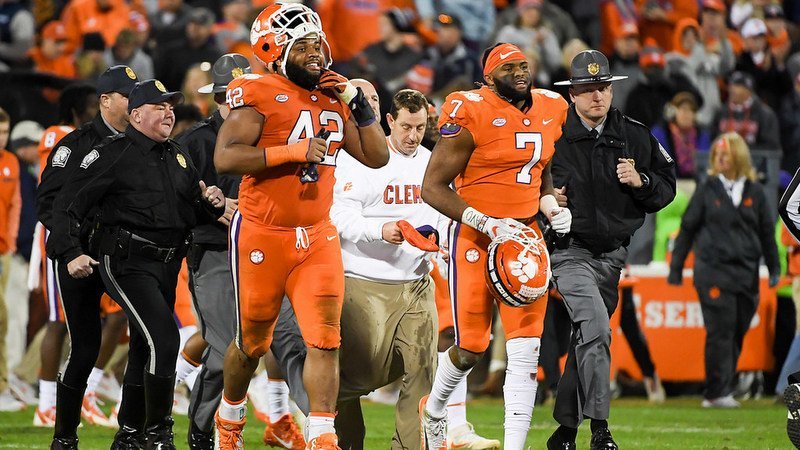 Ah, summer. The majority of Clemson’s students have gone home and the campus is, except for the construction clogging up the roads, quiet. It’s a time for college football fans to take vacations and rest up for the upcoming football season.

In the minds of most fans, the start of the new season is still months away. September is the target date.

For the coaches and players, spring practice is the start of the new season, but summer workouts are when the team gains chemistry, the new players are brought into the fold and the separate players begin to transform into a team.

Clemson starts Summer I session today, and the first Summer I workouts will be held May 21.

“To me, this is the time of year where your team makes the biggest strides or loses the most ground. I think that’s just a part of the journey for every team, the chemistry, the leadership, the discipline, the commitment,” head coach Dabo Swinney said. “Those are all the things that I think the summer brings about, good or bad. I love this team, the leadership. It’s the most veteran team that I’ve had since I’ve been the head coach. So I’m excited about that, and I think they’ll do a great job leading us through the summer.”

Following last summer’s workouts, a few freshman defensive linemen told us that Christian Wilkins, Clelin Ferrell and Austin Bryant were an integral part of the workouts. The leaders didn’t just lead by example, however. They got in the face of anyone they didn’t feel like was working hard enough and let them know exactly what it means to wear the paw.

Tony Elliott expects more of the same this season.

“Biggest thing for summer expectations is having the same intensity when coaches aren't there,” Elliott said. “Best teams are led from within, and it’s an opportunity for players to develop accountability and leadership. Setting the expectations and plan on how we want to execute practices later on.”

Nine early enrollees participated in spring practice, but they will make their biggest improvement under the watchful eye of strength coach Joey Batson and his staff of (get-back coach) Adam Smotherman, Paul Hogan, and Larry Greenlee.

“There’s several guys that have been exposed a little bit out here this spring, that if they’re who I think they are, they’ll be much better for fall camp. It’s just part of the process,” Swinney said. “It’s so much fun for me, every year, the guys who put the work in. … Truly, guys from the end of spring until you get them into camp, and you go, ‘Dang, who’s this guy? Man has he improved.’