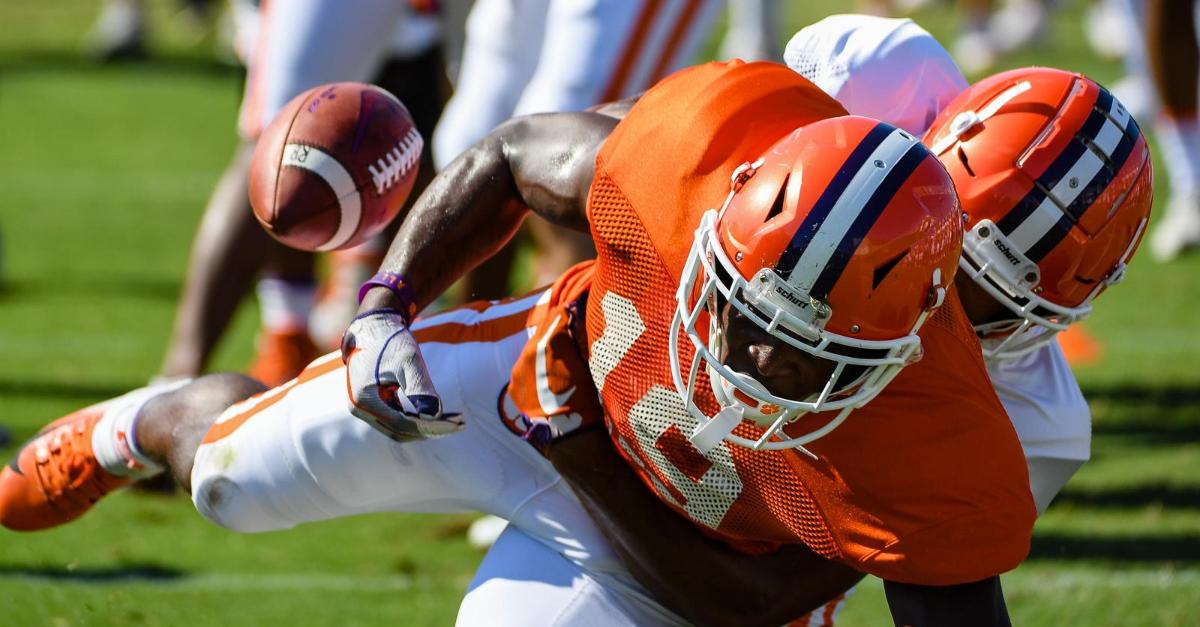 The Tigers practiced for the second full day in pads Thursday morning and will have a stadium walkthrough Thursday evening, and head coach Dabo Swinney said he’s been pleased with everything he’s seen out of his team.

“This is the second full day in full pads. We're started mixing in some live work yesterday. We've been in shoulder pads on Monday and Tuesday and we went full pads Wednesday and again today,” Swinney said after the morning practice. “We started our first live work yesterday, just mixing in some stuff and then same thing today. It's been good. I was just telling the team - we've got a lot to do, a lot to correct, it's a lot. We're a long way away from game ready but the one thing that has been consistent through all of our practices is we've got really good energy.

“Usually you'll start getting a Negative Nellie or a Debbie Downer here or there but there's just very positive energy with this football team. Just guys about their business, really working, great effort. That's been a positive. We've got to get the right techniques, get our knowledge base a little better, doing some of the little things we've got to do to execute at the level we want to execute at. I'm really encouraged by the team. I'm really kind of looking at the overall big picture. We've got some good leadership out here. This is a very positive team, good energy.”

Swinney said Thursday was one of the days where the coaches add a little extra stress to the players.

“We've been going since last Wednesday and I can just feel camp kind of settling in and the progress I was hoping to see from a chemistry standpoint, so it's been good,” he said. “It was a tough day today. We changed our schedule up today - everything is purposeful in what we do. A quick turnaround back out this morning, a little mental challenge because it's mentally tough for everybody but I like where we are. We'll come back tonight.

Competition between Logan Rudolph and Xavier Thomas and rest of dline

“It's a competition for all of them. It's not just XT and Logan. It's Foster, K.J. Mascoll, those five. Those guys can play anywhere so we're just trying to create competition between all of them and whoever the two most consistent guys, that's who we'll run out there first. They're all going to play. Everything counts. We're really pleased with where they are. That group has a lot of technical things they have to improve on - alignments, details of steps and footwork, angles, eyes, a lot of stuff. That group is coming. Their effort is good and the competition is awesome. I think if we stay the course, we'll be a very functional group.”

“Denzel is a starter for us. He starts on special teams. He's going to have a special year for us."

"He's been out the past couple of days. He kind of tweaked his hamstring, so he's on ice right now. We've got to get him back. He was doing excellent. He's in a good place mentally. Physically we know what he can do. Mentally, he's in a much better place as far as his knowledge because he's had a chance to get installation and to be in meetings that he didn't get last spring until we started working him some. I'm proud of him.” 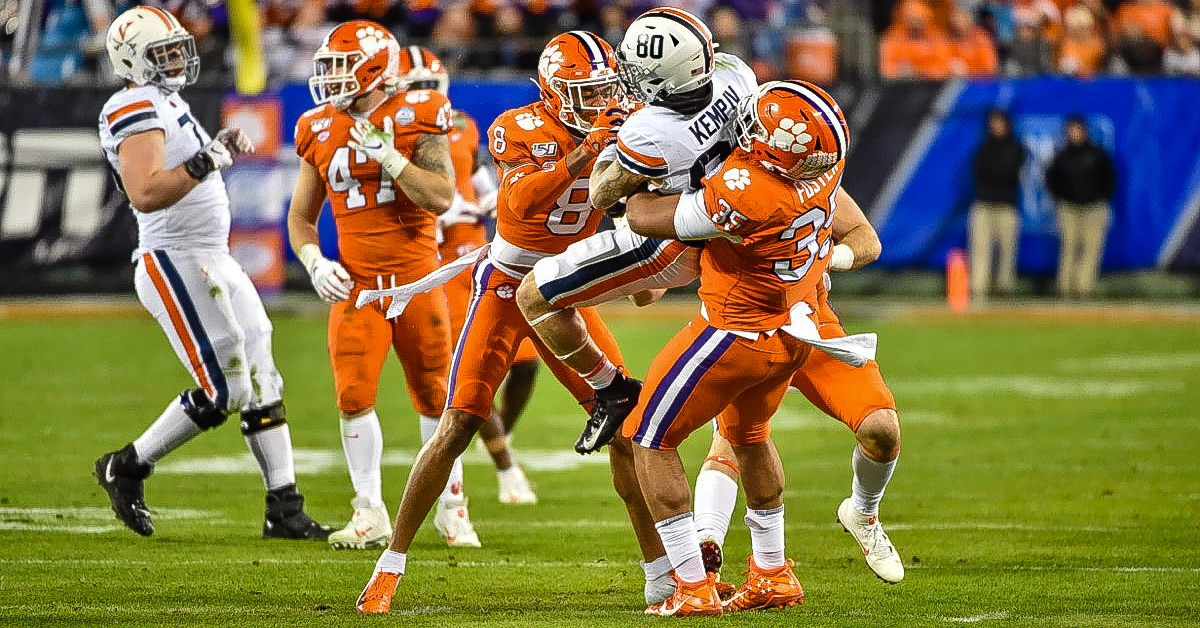 “He just got banged up. He practiced all day. Sometimes these guys get some little nicks and things and we might put them in a green, which is do everything but tells guys, 'let's not hit them today,' He's fine.”

“I think we're in really good shape. We did a lot of running this summer, probably more running than we've done in a while. Really feel good about how they've held up. It's been really hot. The heat index has been way up there the last couple of days and these guys have really pushed through. It's been very competitive practices and a lot of good on good - 12, 13, 14 periods of good on good. That's something I always look at and I like where they are from that standpoint. You're getting into a week of banging and fourth day in pads, counting the two shell days, and you're starting get a few little nicks that mount up but nothing major.”

“That's all old news. I know they have to do that once a year but we deal with that stuff as the come. Some of them we never even know. There's no intentional rule-breaking, that's for sure. From time to time, there are things that happen. Someone inadvertently sends an email to somebody they thought was a junior and they're a sophomore. You report that. The biggest thing is to have compliance and most of those things you self report if you do have something. We had a group show up in our lobby and we didn't know they were on a 7-on-7 trip and were passing through and stopped off at Clemson. That's a violation but they've changed that rule and you can do that. There are things that pop up. I evaluate and we spend a lot of time on compliance. That's a huge part of what we do in every area. There are a lot of moving parts so when you have an issue, you address it, learn from it and move forward.”

“He's a little banged up. He'll be ready Saturday. He's off tomorrow for graduation. Nyles graduated in May and my gift to them is they get a day off, so he's off tomorrow. Diondre Overton and Austin Spence are graduating tomorrow. Austin took a medical so he's a student coach. Those guys will get a day to graduate, have fun and spend the day with their family.”