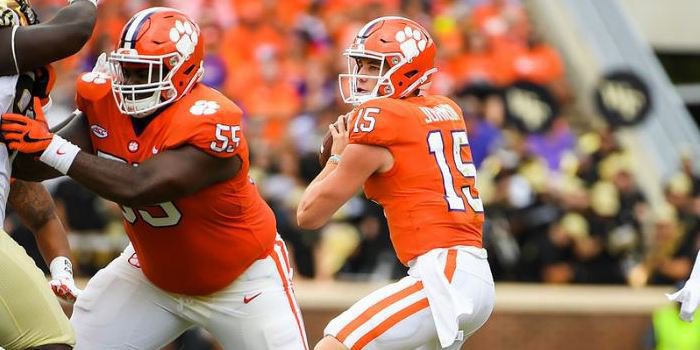 Another night game in the Valley and I can’t wait.

Clemson’s trend this season has been night game on the road and the dreaded noon start at home. I know that there are a few that like noon starts, but I feel like the excitement for a big game has to build. For noon games, people arrive as early as they can, but everything feels like it’s rushed.

The later games allow you to arrive whenever you want, walk the campus, visit a few tailgates and generally bask in the aura of game day at Clemson. The more you talk with others about the game, the more the excitement and the nervousness begin to build.

By the time I take the sidelines to see the recruits and Victory Walk, I am ready for the game to start. It’s just better when it has time to build, and build in the atmosphere of a game day. With that in mind, here are a few things we’ll be discussing over drinks and good food all day Saturday.

Per Dabo Swinney’s usual rules, we haven’t been able to watch practice this week. Most Wednesday’s we arrive for the end of practice, but Wednesday’s media session was canceled because of the ACC basketball media days in Charlotte.

The information coming out of practices has been slow, which isn’t surprising. But Bryant was walking fine at interviews Monday, and everything I’ve heard suggests he will start Saturday. I’ve been told he’s as close to 100 percent as any player can be this time of year, and we can expect to see him take the first snaps Saturday. 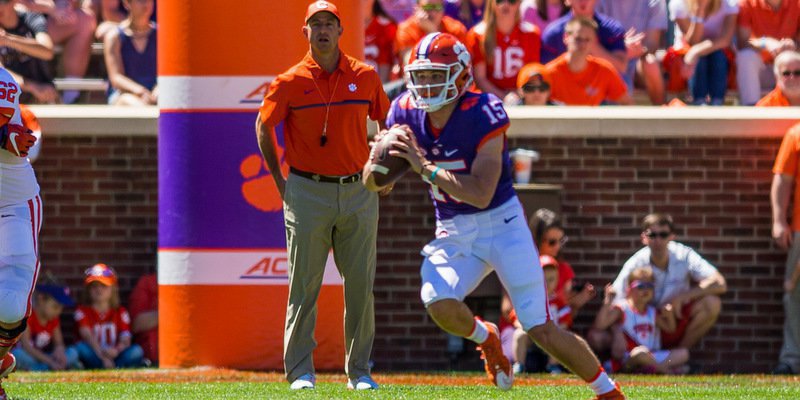 What if Bryant goes out?

The message boards and social media have been on fire since Zerrick Cooper replaced Bryant at Syracuse. Many fans feel like freshman Hunter Johnson is the better passer and gives the Tigers a better chance to win. I’ve asked around, trying to get a feel for what is keeping Johnson third on the depth chart, and found out a few things:

*Right now, Johnson is not the practice player that Cooper is. The coaches put a lot of stock in the practice sessions throughout the week, and Cooper has simply been better.

We all saw that Johnson was sharp throwing the football against Wake Forest, and I’ve been told that if the offense was designed around dropping back and throwing it 50 times a game then Johnson would get the spot. However, he’s struggled with the read option – a key component in the Clemson offense – and the coaches have to see more consistency.

The person I asked smiled at me and reminded me – gently – that a few passes against Wake Forest don’t tell the entire story and to trust the guys wearing the big shiny rings.

This is a big recruiting weekend for the Clemson coaching staff.

Two of the bigger names on campus are defensive end K.J. Henry and offensive lineman Cade Mays. We told you this past weekend that Clemson linebacker commit Mike Jones is friends with Mays – they’ve known each other since they were children – and Jones has been working to get Mays on campus.

Here is what Jones told us:

“That’s my boy. I’ve got a good feeling about that one,” Jones told TigerNet about Mays. “Our families have been great friends for years, and Tennessee isn’t doing so great, so, who wants to get their head busted in for four years? You’ve got a great team (Clemson) three hours from Knoxville that is competing for national championships, plus I wanna play with my brother. We’ve been cool since forever. I just constantly kept poking at him with it. Some of the rumors about the coaches at Tennessee getting fired, that kind of swayed him a little bit to come and take a visit. I feel like once you take a visit, we’ve got you.”

Mays, a Tennessee commit and legacy, said he wanted to come back and check out the Clemson program one more time. It’s hard to see Mays leaving Tennessee, but Clemson has a shot, and Jones knows that once a player gets on campus anything can happen. It will bear watching.

As for Henry – it’s odd that he is taking an official visit this weekend. The coaches like to save officials for November and December, but Henry’s father is a coach at Charlotte and the 49ers are off this week. Henry isn’t going to see or hear anything new – he’s been to campus multiple times – but it’s worth noting that 5-star defensive end commit Xavier Thomas will be in town.

Thomas has been an active recruiter for the Tigers, and he will be in full recruiting mode this weekend.