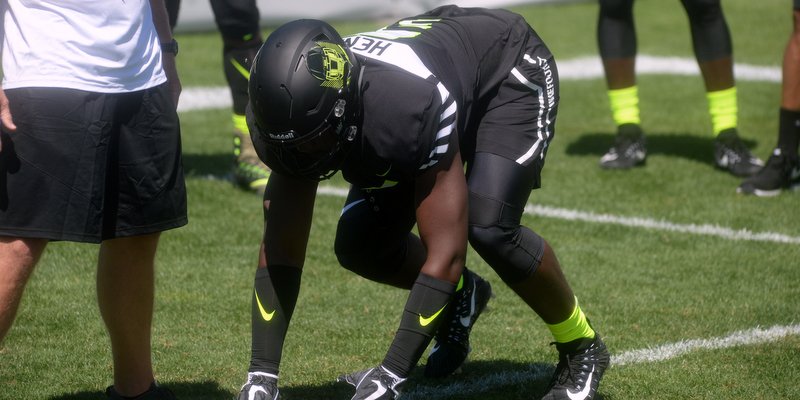 BEAVERTON, OREGON – It’s been an action-packed few days here at Nike’s The Opening, and before I head out to watch the linemen finals and the finals of the 7-on-7 tournament, I have some additional defensive intel to pass along, as well as an All In Cookout note.

Let me start with top target K.J. Henry, the defensive end out of Clemmons, N.C. We reported last weekend that Henry would miss the All In Cookout because of his school’s 7-on-7 tournament and that’s still the case. However, Henry told me he wants to get back to Clemson’s campus a few more times in the next few months, including for a game, and that Clemson “will be right there at the end.”

The importance of landing Henry – and any defensive end – took on added importance last week with a couple of developments. The Tigers’ Lasamuel Davis decided to transfer to another school, leaving another hole in that group, and it’s not out of the realm of possibility that standout juniors like Clelin Ferrell or Austin Bryant could leave for the NFL after this season.

Additionally, I’ve heard that 2017 defensive end signee Jordan Williams showed up at 280 pounds. Not out of shape, the kid is just growing, and at that weight, there is the possibility he could play a little more inside than outside.

That makes landing and keeping players like Xavier Thomas – and Henry – of utmost importance. In fact, defensive ends looking for playing time over the next two recruiting cycles will be looking Clemson’s way. 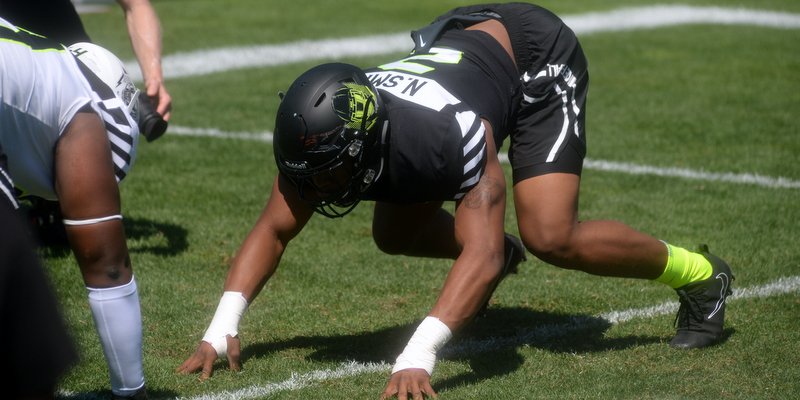 As for Henry, I was a little surprised to hear that Alabama is recruiting him as an outside linebacker and he kind of likes that idea.

Henry hopes to get home and trim his list of ten schools down to four or five, and those schools will get his official visits this season. He says he doesn’t think he will take any other visits than to those schools. He’s been stellar at The Opening, and there is no reason to think Clemson isn't still right there at the top.

*Another big-time prospect who has turned heads this week is 5-star defensive end Nolan Smith, a class of 2019 standout who is committed to Georgia. Smith and his family visited Clemson last month, and he came away impressed with what he and his family saw while on campus.

Smith is teammates at IMG with Clemson commit Xavier Thomas, who’s a pretty good defensive end in his own right, and the two have been best buddies this week at Nike, and it’s no small matter that he thinks of another Clemson commit, Mike Jones, Jr., and Thomas as big brothers. Following yesterday’s linemen drills – cut short by a gruesome injury to Greg Emerson – Smith indicated he might just travel with Thomas to the All In Cookout in a few weeks.

Clemson isn’t going away in its pursuit of Smith.

*Another good news tidbit is that the nation’s number one corner, Anthony Cook out of Texas, plans to make the Cookout. Clemson looks to be in great shape with Cook, who told me he loves Brent Venables’ defense, has been the most impressive corner in my eyes. He’s aggressive and told me after a scuffle with a receiver that he likes to be on an island by himself on the defense and get in the heads of the receivers.

‘He didn’t give an indication one way or the other, but it can’t be understated how big of a pick-up this would be.

*And finally, simply because I’m running out of time, I want to throw in a quick note about 2019 linebacker Owen Pappoe out of Loganville (GA) Grayson. This isn’t the first time I’ve seen Pappoe – I’ve seen him at multiple camps and down at Grayson – but he has a different look right now. He’s filled out even more, and he’s cat-quick.

During drills Saturday night, he went up against some of the top backs in the nation and was, to use the description of one bystander, a heat-seeking missile. It also points to his strength that he was selected to be a part of the tug-of-war team. Clemson looks to be in good shape with Pappoe – he’s being coy about a top three – but look for the Tigers to be in that top three when he reveals it.

Ok, I am off to the linemen challenge (it’s a tough and dirty job, but someone has to do it) and I hope to have more intel for you before I board the plane.