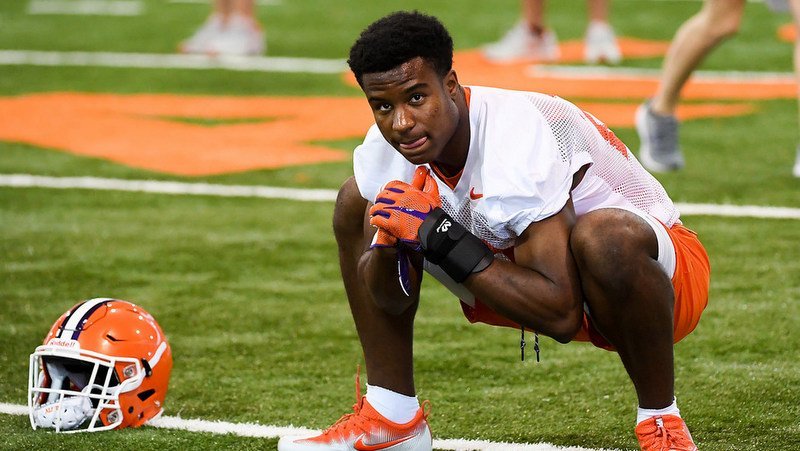 CLEMSON – Freshman defensive backs Mario Goodrich and Kyler McMichael will play this season, but head coach Dabo Swinney says the coaching staff will pick their spots for the talented duo to play.

Both players were a part of the Tigers’ stellar 2018 recruiting class but didn’t arrive on campus until June. Both were rated as four-star athletes coming out of high school, and both give defensive coordinator Brent Venables explosive, lanky athletes.

Head coach Dabo Swinney told the media Thursday evening that both players have impressed in camp, but he expects them to take another step in their development as game preparation begins.

“They’re not polished at all right now but athletically, physically, their mindset that you’ve got to have; that’s all there with these guys,” Swinney said. “They’re just going to get better. We’ve been preparing for our season and now that we’re getting ready for a game, I think they’ll make another jump as we kind of hone in on the gameplans.

“We’ve thrown a lot at those guys, but they’re what we hoped they would be. They’re not consistent, detailed, polished players right now but they are fast and athletic and have the mindset that it takes to get better.”

Swinney said the plan is to ease Goodrich and McMichael into gameplay. 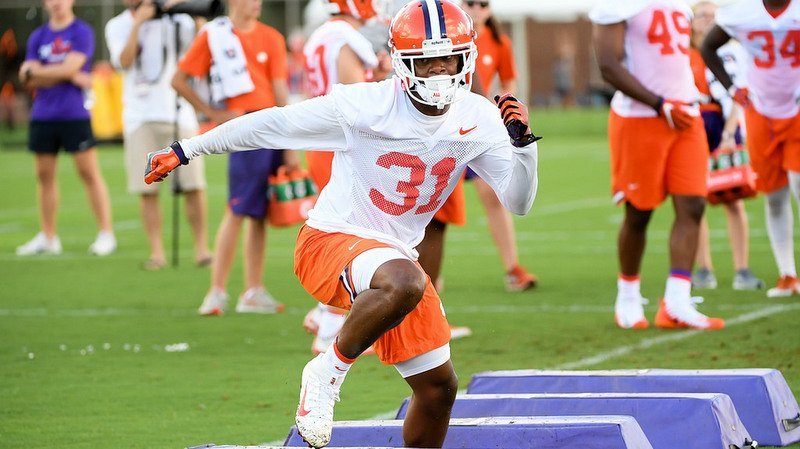 Mario Goodrich runs through a drill early in camp

“We’re going to mix them in on special teams and hopefully, we can pick our spots,” Swinney said. “Ideally, you’d like to pick your spots when you play them. Hopefully, we don’t have to count on them to play starter-type snaps, but it would be great if we could create the depth that we need there and that’s only going to come from experience. I definitely think those are two guys that as we go through the season that will grasp things a little bit better and they’ll have a little bit more opportunity to play.”

The Tigers have experience ahead of both players – A.J. Terrell, Mark Fields, and Trayvon Mullen are battling for starting spots at corner.

“Those three, those guys are pretty elite players with A.J., Mark, and Trayvon as far as where they are right now experience-wise, knowledge, consistency,” Swinney said. “They’ve separated. Then you have the freshmen. LeAnthony (Williams) hasn’t played. He’s still trying to figure it out. Kyler and Mario just got here. There’s just a big drop off when it comes to knowledge and confidence and all that stuff, but we’re talented.”