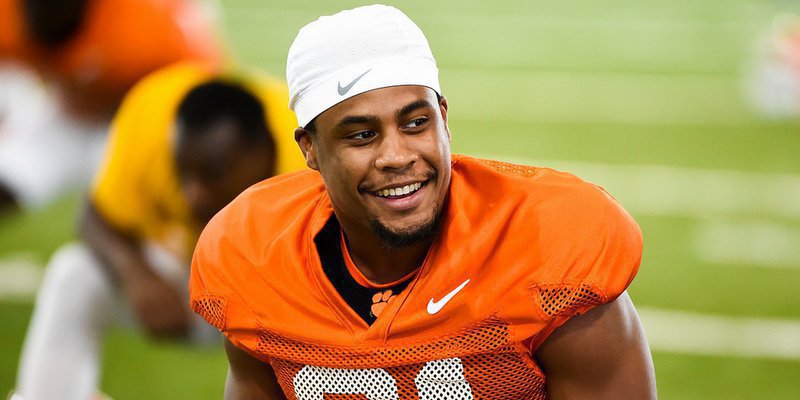 CLEMSON – Clemson head coach Dabo Swinney got more than a little fired up Tuesday morning when he was asked if he thought Ryan Carter the high school player would turn into the Ryan Carter we see today. A Ryan Carter that is unquestionably one of the most valuable players on the Clemson defense.

His answer was a resounding “damn right.”

“Sure did. I don't know why y'all think we recruit people who can't play. We don't sign guys we don't think can play,” Swinney said during his Tuesday press conference. “Damn right, we thought he could play. We would have signed the guy much earlier had it not been because of the ridiculous narrative that we were trying to sign him because of another guy (Robert Nkemdiche) at that school. We don't care if they have zero offers or a thousand offers. Sometimes we watch a guy who has a million offers and we say we're not offering that guy. I don't think Adam Humphries had any offers.

“No, we didn't offer him to get Charone Peake. We offered because we wanted him. I went over to Dorman to watch Charone play basketball, and I see this point guard who’s the best player on the court. And Dorman head coach David Gutshall tells me he’s the best player on the football team – plays defensive back and wide receiver and quarterback. He was a guy we wanted. Sometimes we miss on guys. Not a lot, but sometimes we do. There are certain things you can't measure. Sometimes a guy gets here and he's not focused. The process is hard for him. This isn't an easy place.”

“Definitely good for me just knowing he's always believed in me as a player ever since I was in high school,” Carter said. “I know a lot of people probably didn't believe in me or didn't think I would have a chance to play at this level. Just knowing he kept the faith and believed in me and knew I would develop into a good player - it's good for me to hear that.”

Swinney said he was sold on Carter after watching him run down then-Clemson commit Dalvin Cook.

"But man, Ryan Carter, we loved him. We thought he was a baller. We felt he could play. I watched him on a kickoff coverage and he ran down Dalvin Cook,” Swinney said. “And we loved Dalvin Cook. He was returning punts, he played safety. Mickey Conn was the head coach. He said the guy was a freaking baller. As a result of the recruiting process, he didn't have a lot of confidence coming in. He red-shirted. Now, he's as good a player as we've got. He's not very sexy. But put the pads on and you'll notice him. He's a player. He's got experience now, too."

Carter told the media Tuesday that he made his biggest jump between his sophomore and junior seasons.

“I think it was very big for me when I was a red-shirt sophomore to get in there and play nickel because it helped me to get experience,” Carter said. “I feel like that just translated into my red-shirt junior year being a guy who had been in the system and the program, I know what Coach V (Brent Venables) demands and what he wants out of his corners and his defensive backs. I always knew that would be the biggest thing for me. I'm not a big, tall guy, so if I could just bring some physicality and bring some effort and toughness the rest will take care of itself. I always felt like I was good enough to do it. I had to believe in myself and trust in myself that I could do it.

Carter says that at he is just happy that there was one coach who had faith in his abilities.

“I was just so happy that someone gave me a chance and an opportunity to play. I know a lot of people didn't give me an opportunity and didn't think I was going to be good,” he said. “At that time, I was just happy that Coach Swinney believed in me. I was happy and caught up in the moment. I didn't really have all that many offers coming out of high school, so as soon as Clemson offered me I took it right then and there. I didn't ask any questions - I knew I already wanted to be here.”