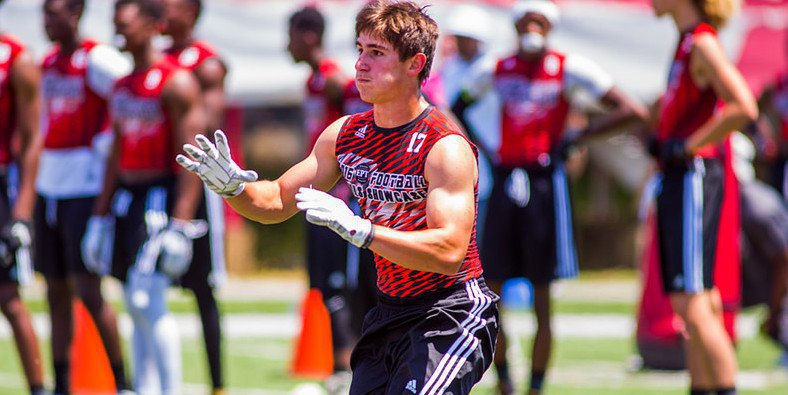 Yes, Alabama is where his dad went to school and it’s the state where he was born. His entire family hails from the Yellowhammer State, but Will Swinney has spent most of his life in Clemson, and the kid that grew up around the program will realize a dream come true when he puts on a Clemson uniform this fall.

Will, the oldest son of Clemson head coach Dabo Swinney, will be a walk-on wide receiver and holder for the Clemson team this fall. Even though he’s spent much of his life roaming the practice fields and being on the sidelines for the Tigers’ meteoric rise, wearing the uniform will mean more than just being the coach’s son.

“It has started to seem real because you always think about playing for Clemson, but even when I signed it was real but it was still a dream. For it to be this close, it’s pretty surreal. I’m excited,” Swinney told TigerNet. “It means so much, more than I could even put into words, really. I’ve been going to practices my whole life practically, even though I haven’t been able to go as much lately with my own high school practices, but I’ve always been around during fall camp and seeing all that they go through. To actually go be a part of all of it is going to be really awesome.”

He’s used to being around the team, but this fall will mean a little more.

“My eighth-grade year, we started my middle school season later and I remember those first few days I went to all of the receiver meetings and stuff and acted like I was already on the team,” Swinney said. “I got to do individual with them and everything, but to now go through a good, full fall camp with all of the hard work is going to be fun.”

Swinney has had a busy spring – he’s vacationed with his family, played baseball and graduated from Daniel High School, but he’s says it’s been different not having football in his life. As a result, he’s spent extra time in the gym.

“It’s definitely been weird. I played baseball and that helped with having something to do, but once that ended I was seeing everybody in spring practice and I haven’t put pads on since November,” he said. “It’s been really weird. I’ve just had to do a bunch of working out and stuff. This is the longest I ‘ve ever gone without playing football.

“I’ve been doing a lot of training. I’ve been going over to TNT Sports with Jo Don Reames working on all of my speed, agility and quickness. I’ve always been working out and following the book they gave all of us. I’ve gotten a good bit stronger. I’ve been running routes whenever I can with any of the quarterbacks. It’s been a bunch of speed work and strength.”

Swinney will get a front row seat to Clemson’s quarterback situation in August, but he will learn a lot more about one of the candidates once he completes moving in.

“I’m rooming with Hunter Johnson. It will be good. He’s a lot like me and we’ve gotten along great. He’s a really good guy and it will be great to have a roommate that whenever we want to go throw, we can just go do that. It’ll be perfect,” Swinney said.

“It will be neat. It’s a receiver’s dream, obviously, to have all of those great quarterbacks out there. They all can play. The best guy is going to play and they’ll all get their chance. I’m cool with all of them. They’re all good to me, so that will be the coaches job to decide who’s going to start, but it’s definitely good for a receiver to have a bunch of different options at quarterback.”

He hopes to compete for playing time at receiver and as a holder on field goals and extra points, but mainly just wants to help his team win games.