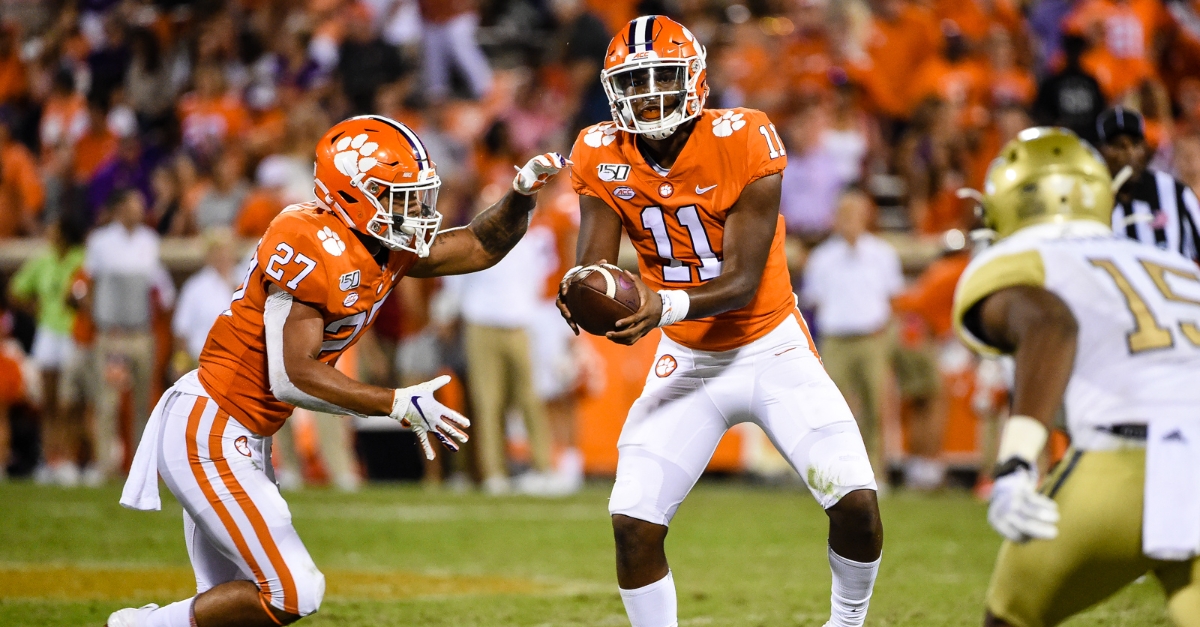 Taisun Phommachanh is at Clemson for a reason and will get his chance to earn a starting spot.

With the departure of backup quarterback Chase Brice, Phommachanh will enter spring practice in the No. 2 spot behind starter Trevor Lawrence and ahead of freshman D.J. Uiagalelei. Sitting in between two 5-stars that are considered the present and the future might be considered a precarious position, but quarterbacks coach Brandon Streeter says Taisun has earned his chance.

“I have really been impressed with Taisun. He is in a hard position,” Streeter told TigerNet. “When you're a young kid and you're coming from a high school where you've been the guy and now you don't get many reps, especially in the fall, because we have Trevor and Chase and we are trying to get them ready. And Taisun did an unbelievable job of staying engaged. I just talked to him on a weekly basis about always finding something to be better at. If you're not throwing a lot, other than our drill work, find something after practice to go work on. And he did that. He worked hard.”

Phommachanh appeared in three games this season and carried the ball 12 times for 56 yards. He completed 6-of-12 passes for 56 yards and an interception. Despite the lack of playing time and reps in practice, Streeter urged his freshman to take every opportunity to learn.

“It was very important for a young kid that came from a small school. to put that pressure on him, even when it was at the end of games, was important,” Streeter said. “It was a very big deal for him to get that experience. That was a tremendous amount of experience for him to get in there and feel what it's like to get hit by a college player.”

Phommachanh will have his opportunity in the spring and Streeter has told him to control what he can control.

“Absolutely. It comes down to controlling what you can control. That is what it comes down to,” Streeter said. “I keep talking to him about that and helping him understand that he is here for a reason. He brings so much talent and so much character and so much stuff to the quarterback room and to our team. That is the worst thing that could happen is him worry about other guys. If he worries about other guys, then it is not going to go well. But if he continues to work on himself and trust the process and trust that he is going to earn it every single day then it is going to work out. He is going to be a special player for us. There are so many unknowns if you worry about other people. So control what you can control and that is what he is doing so far.”